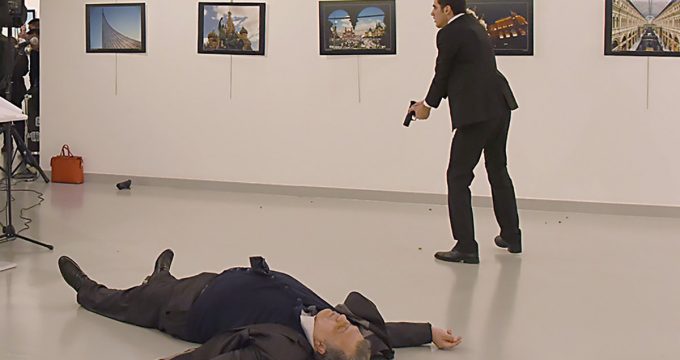 Assassination of Moscow’s envoy not to harm Turkey-Russia relations: Analyst

Press TV- The assassination of Russia’s ambassador to Turkey Andrey Karlov came at a sensitive juncture and right at a time when the two countries are cooperating over the Syrian crisis. There have been questions as to whether the incident could potentially derail the relations between Moscow and Ankara.

In an interview with Press TV, journalist and political commentator Fred Weir said that the assassination of the Russian envoy to Turkey would probably strengthen the two governments’ determination to go ahead with the Syria peace plan.

“Of course this is a shock in Moscow. Here people are dumbfounded by it… But in this case, I think there is a happier scenario,” the analyst said, adding, “This terrible tragedy might speed up the process [which] is already underway, not just the Turkish-Russian rapprochement, but efforts to find a way to peace in Syria that wouldn’t involve the United States and its allies.”

He called the cooperation between Russia and Turkey as a prelude to sustainable peace in Syria, adding that such terrorist measures are designed to dissuade the two countries from normalizing their relations which soured following last year’s shooting down of a Russian jet by Turkey over Syria.

“I don’t think Turkey has made a U-turn. They still say that Assad must go. This is their position,” Weir underlined. “But Turkey does sponsor quite a large part of the rebel forces simply in the northwest of Syria. It is perfectly possible that they can bring their chips to the table to sit down with Russia and Iran and work something out.”

“This is the hope that has [been] raised in recent days. Certainly, the fall of Aleppo has changed the whole equation there and it is time for some deal-making to take place. And it is perfectly possible that the assassination of the Russian ambassador, who was actually heavily involved in most discussions, might have been aimed at trying to derail that as both Erdogan and Putin have said,” he concluded.

Russia and Turkey have been parties to a ceasefire agreement in Aleppo, the Syrian city that has seen the purge of militants by government forces over the past few weeks. The truce, which has seen periodic halts, is meant to evacuate tens of thousands of trapped civilians as well as militants who have agreed to stop fighting and be transferred to other parts of the Syrian territory.