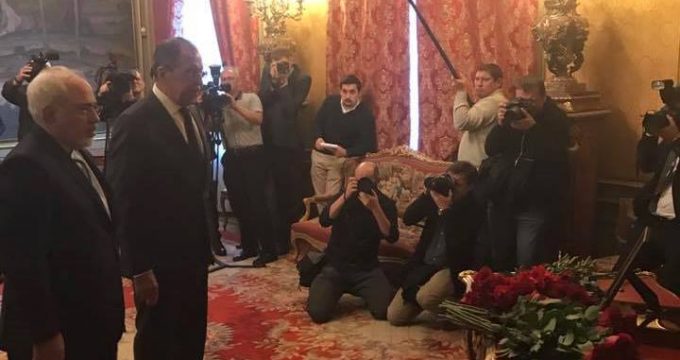 Talking to reporters upon arrival in Moscow airport on Tuesday, he said he will disucss regional issues, development in Syria and the necessity of having more interaction to confront terrorism during his bilateral and trilateral meetings in Russia.

‘Making attempts to find political solution for Syria crisis is on the agenda and bilateral issues together with cooperation will be reviewed as well’, he added.

Iranian Foreign Minister heading a political delegation, arrived in the Russian capital, Moscow, on Tuesday to participate in a trilateral meeting on the crisis in Syria.

Iran’s Ministry of Defense Hossein Dehqan is also in Moscow for the same purpose.