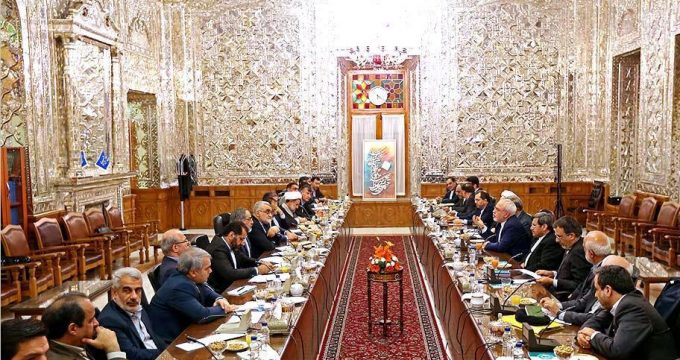 MNA– An Iranian MP quoted Foreign Minister Zarif as saying 5+1 joint commission meeting over US extension of anti-Iranian sanctions in violation of nuclear deal will be held on Jan. 10, 2017.

Hossein Naghavi Hosseini, the spokesperson of Parliament’s National Security and Foreign Policy Commission, referred to the presence of Foreign Minister Mohammad Javad Zarif and his deputies at Parliament’s Commission meeting last night, where the diplomats briefed Iranian lawmakers on issues related to the JCPOA and Syrian situation.

Naghavi Hosseini quoted Zarif as saying, “the nuclear deal was achieved through negotiations and one of our agreements under the deal was that the US would stop extending Iran Sanctions Act (ISA), that is why the renewal of ISA is in violation of the nuclear agreement.”

Zarif went on to add that President Rouhani’s directives to the Foreign Ministry and the Atomic Energy Organization of Iran (AEOI) about the development of nuclear propulsion as well as a request issued to EU Foreign Policy chief Federico Mogherini on holding a joint commission meeting with all sides to JCPOA were two instances of Iran’s reaction to the US violation of the nuclear deal.

According to Naghavi Hosseini, Zarif announced the date for the 5+1 joint commission meeting to be on January 10, 2017.

Zarif added that constant talks have been held and are still ongoing with the rest of 5+1 group of countries. Certain issues have been also brought up to the attention of China and Russia, and all sides of negotiations have stressed on the implementation of the JCPOA.