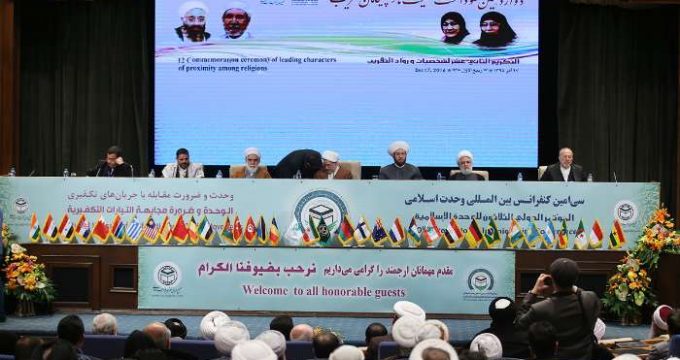 December 19, The Iran Project – Iran completely reflects the Islamic unity, said the Chairman of the Supreme Council of Muslims in Zimbabwe speaking on the sidelines of the 30th International Conference on Islamic Unity in Tehran.

Speaking to a reporter on Monday, Sheikh Esmael al-Dowah referred to staying away from division and seeking unity and solidarity as the key to the success of all Muslims in Islamic countries, stressing that Islamic Republic of Iran is a leader in this case.

He emphasized the need to maintain Islamic unity and solidarity against the plots of common enemies, and said we must avoid increasing the minor differences between Shias and Sunnis.

Being united and integrated, Sunnis and Shias can overcome the challenges we are facing today, he noted.

He also praised Iran for holding Islamic Unity Conference as well as its efforts for dealing with Takfiri currents and building greater convergence among Muslims around the world.

On the auspicious occasion of the birth anniversary of Prophet Muhammad (PBUH), scholars and religious thinkers from more than 50 countries across the world attended the 30th International Islamic Unity Conference in the Iranian Capital Tehran.

The Prophet of Islam (PBUH) was born on the 17th day of the lunar calendar month of Rabi-ul-Awwal in 570 CE. But according to the Sunni narrative, the birth date of the Prophet (PBUH) falls on Rabi-ul-Awwal 12. As per a call made by the late Founder of the Islamic Republic Imam Khomeini, the week in between the two dates is marked each year as “the Islamic Unity Week” to promote convergence among Muslims.