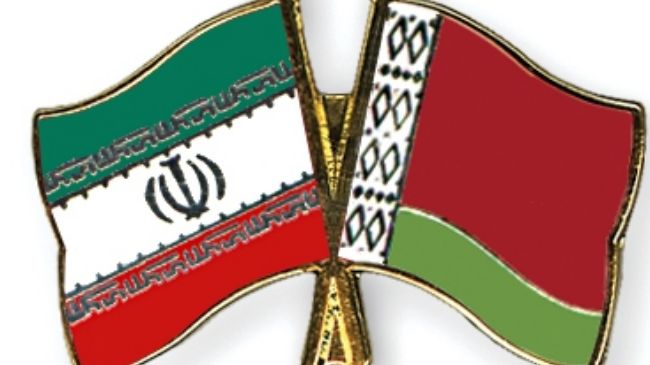 Iranian oil products to be transited to Europe

The two sides also exchanged views on the two-way relations, including railway and road transportation, and Belarus oil refineries for production and transit of Iranian products to Europe and expansion of cooperation.

Lukashenko said Iranian and Belarus leaders are to meet each other and the two sides need to enforce the already reached agreements. “All necessary works have been done and the road map for cooperation will be completed with addition of more grounds.”

Noting that Iran-Belarus relations’ level should be considerably upgraded, Lukashenko said during tenure of Iranian ambassador in Minsk, important measures were adopted.

He said in 2017, Iran-Belarus ties were determining. “We announce everywhere; Tehran and Minsk are strategic partners. There is no problem between us. We are ready for cooperation in all grounds because there is no limit.”

Lukashenko asserted that bilateral ties should be upgraded. “To strike a balance between current level of ties and the actual potential for the ties, it should be said there is no such a relationship and many works need to be done.”

He said the two sides have thus far taken many things to do, especially the roadmap for cooperation in the years 2016 and 2017 has been drawn up and it needs to be followed up.

He went on announcing that even if actualizing half their potential in bilateral relations, the two sides have done a big work. “Iran needs Belarus products and we also want Iranian goods. We are ready for establishment of joint plants in the either country and we should show that can cooperate with each other. ”

Iranian Ambassador Sabouri termed as “valuable” the view of Belarus president and said Iran is ready to upgrade ties and enforce the road map for cooperation.

While providing his host with a report of Iranian embassy moves during his ambassadorial mission for upgrading bilateral ties, Sabouri said harsh illegal and unilateral sanctions of the west against Iran have prevented using various capacities for cooperation between the two countries and now with change of conditions after the Joint Comprehensive Plan of Action, there is a suitable chance available in the field.

The envoy said Tehran and Minsk enjoy immense potential for expansion of relations in various fields and they should take more action to utilize them.

“Iran in turn is ready to cooperate in the field and regarding interest of the Belarus party and the predictions and planning made to that end, there is a bright prospect ahead.”

Sabouri and Lukashenko also discussed various issues pertinent to the two-way relations, including using the railway and road capacity and Belarus oil refineries, touching on production and transit of Iranian products to Europe. The president of the country for his turn underlined the need for expansion of cooperation in the sectors.

Belarus is a country far from the Sea, located in Europe. It shares borders with Russia, Poland, Ukraine, Lithuania, and Latvia. Its capital is Minsk.

In meeting with Jahangiri, the Belarus minister congratulated Iranian party on Iran’s diplomatic and JCPOA success and said such an achievement is the result of merit of Iranian officials and patience and tolerance of Iranian nation.

Vovk also voiced his country’s interest in expansion of relations with Iran in various domains, including oil, and said Belarus is ready to cooperate with Iran in oil refining and export of petrochemicals.