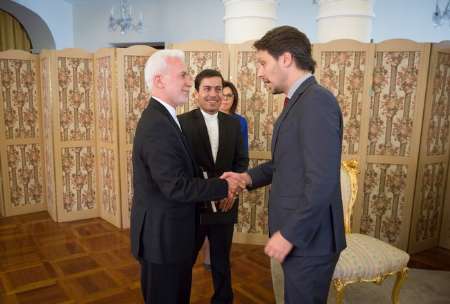 In their meeting on Friday, the two sides underlined boost of cooperation in all fields and South–South Cooperation.

They stressed removal of obstacles on the way of development of mutual ties between Tehran and Quito in order to facilitate private sectors’ relations.

During the meeting, Ecuador minister of foreign affairs said that Iran is an emerging big power in the Middle East and the world.

He called for Iran-Ecuador cooperation in technology and knowledge-based fields and said Iran can help Ecuador in these areas.

‘I always advise my colleagues in the Ministry of Foreign Affairs to giver priority to relations with Iran because relations with the Islamic Republic will be sustainable,’ he noted.

The official voiced hope for development of the two countries’ cooperation in the future.

The Iranian envoy for his part briefed the Ecuadorean foreign minister about the science and technology parks and their development in Iran and promised to cooperate with Quito in this regard.