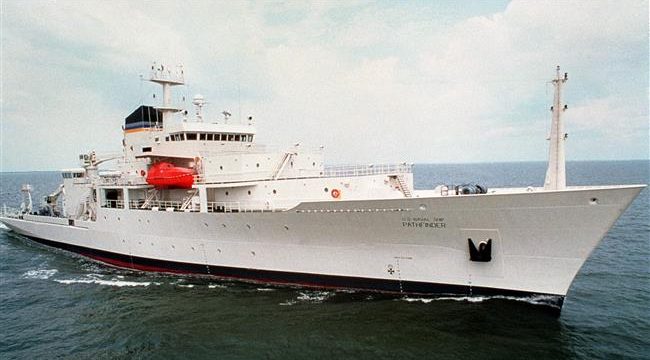 Press TV- A Chinese warship has captured US Navy underwater drone collecting information in the South China Sea, according to the Pentagon.

US Navy Capt. Jeff Davis, a Pentagon spokesman, on Friday did not name the underwater glider but claimed that it was collecting unclassified scientific data in the sea.

He said the US State Department has filed a formal diplomatic protest, known as a demarche, to China and is demanding the drone’s return.

Earlier, a US military official told the Reuters news agency that the drone was deployed by an American oceanographic survey ship in international waters in the South China Sea.

The official, speaking on condition of anonymity, said the incident occurred on December 15 northwest of Subic Bay off the Philippines just as the USNS Bowditch was about to retrieve the drone, called the unmanned, underwater vehicle (UUV).

“The UUV was lawfully conducting a military survey in the waters of the South China Sea,” the official claimed.

“It’s a sovereign immune vessel, clearly marked in English not to be removed from the water – that it was US property,” he said.

The South China Sea has become a source of friction between the United States and China since Washington launched its so-called Pivot to Asia strategy some five years ago. The Obama administration has argued that no region is more important to the United States’ long-term interests than Asia.

China has repeatedly criticized US military presence in the region. Observers believe America’s efforts to increase its presence in the Asia-Pacific region are aimed at containing China, and the policy has increase the chance of confrontation Beijing and Washington.

China accuses the United States of meddling in the regional issues and deliberately stirring up tensions in the South China Sea.

Tensions between China and the US escalated in November 2013 after Beijing declared an air identification zone over the East China Sea.