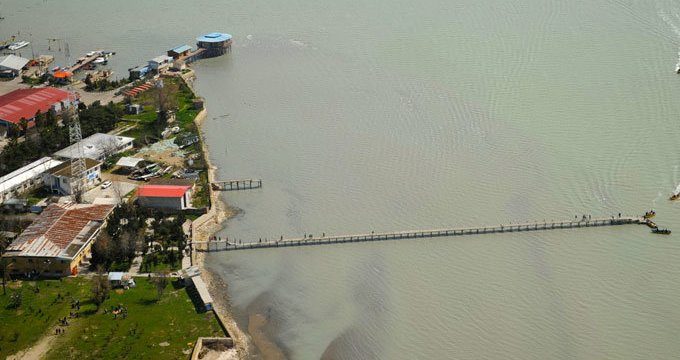 Financial Tribune- The Department of Environment is set to announce its final verdict on a controversial scheme to turn Ashouradeh, the only Iranian island in the Caspian Sea, into a tourist resort by the end of the Iranian month of Azar (Dec. 20).

“The department is expected to sign off on the scheme, since most of its sticking points have been addressed,” Reza Morovati, a deputy at Golestan Governorate, was quoted as saying by Mehr News Agency.

“Environment officials have expressed their consent for the scheme in all our correspondence and only minor issues have not yet been resolved.”

The official said about 96% of the scheme have been approved.

Commending the department’s fast review of the plan, Morovati noted that the administration of President Hassan Rouhani managed to do in three years what previous governments could not do in 16 years.

“The government started preparing the ground for the plan—which included attracting investment—from day one,” he said, adding that the DOE will announce its decision by Dec. 20.

The DOE in November denied reports by a Persian-language newspaper that claimed the department had not only approved the scheme, but agreed to proposals for constructing hotels on the island, citing a letter sent by DOE to the governor general of Golestan. Stressing that the letter was “misinterpreted”, Farhad Dabiri, deputy for natural environment at the department, told reporters the DOE “would never approve” hotel construction on the island, whose fragile biodiversity has worried activists.

Morovati confirmed Dabiri’s statement, telling that “there are no plans to build shopping centers and five-star hotels, but ecolodges will be built.”

The wildlife sanctuary on Ashouradeh is home to a variety of animal species, including rabbit, fox, jackal, partridge, ring-necked pheasant and different species of seabirds and fish.

Proponents of the scheme say it will help create jobs and boost the local economy, while critics argue that the influx of tourists will have adverse consequences for the region’s wildlife. More than 170 NGOs and prominent experts have voiced opposition to any plan calling for opening Ashouradeh to tourism.

Critics argue that as long as a sense of responsibility toward nature and the environment has not been instilled in people, allowing tourists in protected zones can only lead to the destruction of ecosystems.

They also maintain that despite Ashouradeh’s ecological importance, it is devoid of tourism value, which necessitates the establishment of infrastructure.