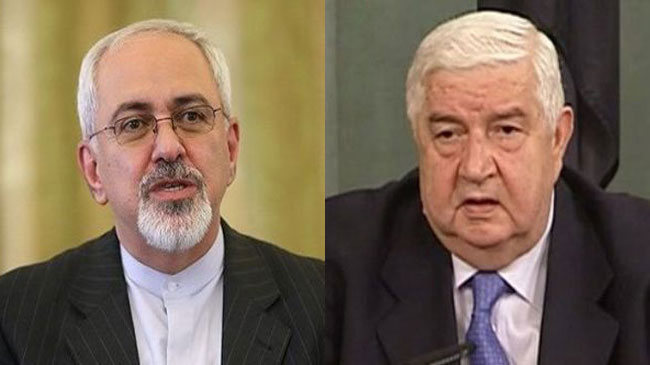 In the telephone conversation, they also exchanged views on safe exit of people from the conflict zone in Syria.

Zarif emphasized the need to render humanitarian emergency food supplies and shelter to civilians in Syria.

Syrian foreign minister for his part gave a report on the latest developments in Aleppo and other areas of conflict.

Moallem said that the Syrian government respects the humanitarian commitment to give safe exit to the terrorists.

The Syrian foreign minister said that the Syrian government for give humanitarian exit of the terrorists and render relief aid to the civilians displaced from Aleppo.