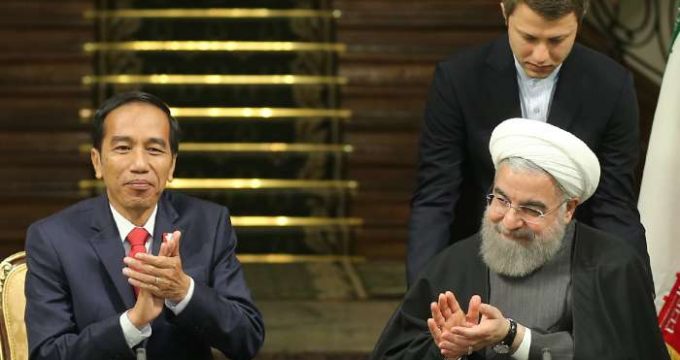 FNA- Tehran and Jakarta signed four memoranda of understanding (MoUs) in the presence of the two countries’ presidents in the Iranian capital on Wednesday morning.

The MoUs dealt covered different areas such as electricity, trade and joint investment and judicial cooperation.

The two countries are slated to sign another eight MoUs in different areas.

Widodo’s visit is in response to President Rouhani’s visit to Indonesia last year.

In April, President Rouhani and the Indonesian vice-president in a meeting in Turkey underlined the need for the further expansion of mutual cooperation.

During the meeting on the sidelines of the summit meeting of the Organization of the Islamic Cooperation (OIC) in Istanbul, President Rouhani and Jusuf Kalla explored avenues for bolstering and reinvigorating bilateral relations.

“The ground is ready for enhanced ties between Iran and Indonesia after removal of anti-Iran sanctions and resumption of banking ties,” President Rouhani said.

The Iranian president went on to say that Iran and Indonesia have good potentials for expansion of ties in the fields of energy, industry, tourism, science and research.

He also urged the private sectors of the two countries to boost their ties.