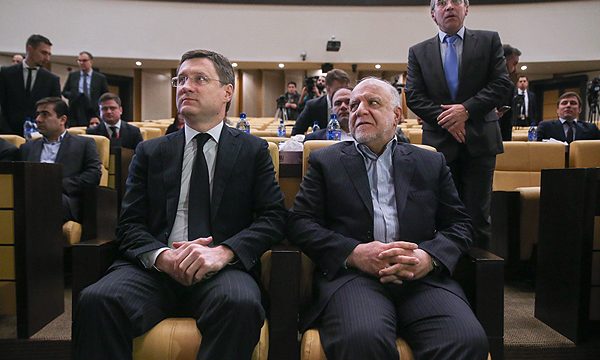 SHANA- Iran says the price of oil will firmly be settled at $54 or $55 per barrel.

Following a meeting with Russian Energy Minister Alexander Novak on Tuesday, Iranian Minister of Petroleum Bijan Zangeneh said that the deal OPEC and non-OPEC producers struck last week in Vienna was aimed at rebalancing supply and demand and ensuring the market health.

Addressing the reporters, the official said, “It seems that the price of oil will firmly settle at $54 to $55/b in the market.”