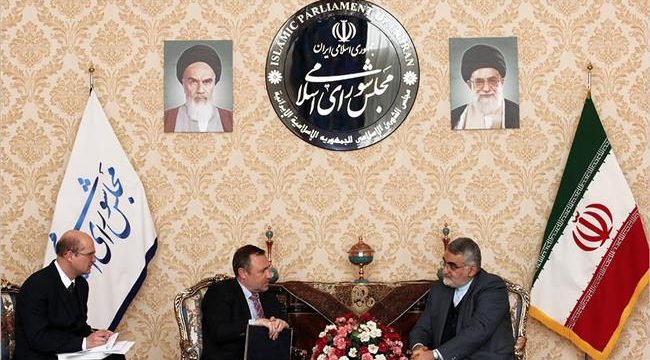 “Military intervention by foreign countries and the delivery of arms to terrorist groups have led to the escalation of tensions in the region,” Chairman of the Iranian Parliament’s Committee on National Security and Foreign Policy Alaeddin Boroujerdi said in a meeting with Ukrainian Ambassador to Tehran Sergei Burdylyak on Sunday.

Boroujerdi described as “wrong and abortive” the bid by the US and its regional allies to support terrorist groups, saying such a policy is also at odds with their own self-declared democratic standards.

‘Iran, Ukraine must remain in touch’

The Ukrainian ambassador, for his part, said senior political and parliamentary officials of Tehran and Kiev must hold constant consultations and exchange regular visits to further improve cordial relations.

Burdylyak added that Iran is an important country in the region and expressed his country’s keenness to bolster political, economic and industrial cooperation with the Islamic Republic.