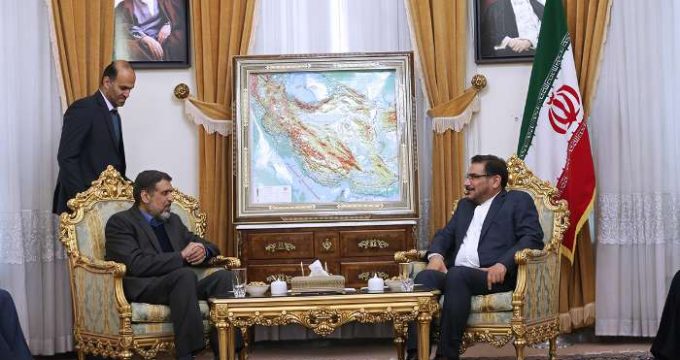 Senior MP: Russia through with delivery of S-300 air defense system to Iran

Rapporteur of the Iranian Parliament’s National Security and Foreign Policy Commission Hossein Naqavi Hosseini underlined that Russia has delivered all parts of the S-300 air defense system to Iran as both countries have agreed to boost their logistic and technical cooperation.

Iran has shipped 11 tonnes of heavy water abroad to bring its stock back under a limit set by its landmark nuclear deal with major powers, according to a diplomat citing a confidential U.N. nuclear watchdog report.

Head of AEOI Salehi met with CEA head, Verwaerde, in Vienna on Tuesday.

‘Iran’s Aseman Airlines has no flights to EU’

Iran’s Aseman Airlines says has downplayed an announcement that it has been banned from EU skies, stressing that no flight to the Union has been on its agenda.

A senior commander of the Iranian Navy said three helicopters dubbed “SH-3 Sea King” and a hovercraft named “BH7” have been added to the Navy’s fleet.

Mr. Gholam Ali Khoshroo, the Ambassador and Permanent Representative of the Islamic Republic of Iran to the United Nations, met and talked with UN Secretary General-designate, Antonio Guterres, on Thursday.

Iran has summoned the British ambassador to Tehran over the recent meddlesome remarks made by UK Prime Minister Theresa May against the Islamic Republic.

Shamkhani: Iran ready to respond to US over breach of nuclear deal

Secretary of Iran’s Supreme National Security Council Ali Shamkhani said on Saturday that the nuclear deal was a clear sign of Iran’s soft power and that Iran will respond to the United States over breach of the deal, JCPOA.

Marriott is first US hotel group to eye Iran

Marriott International has become the first US hotel group to announce its interest in the Iranian tourism market which is seeing a march by global hospitality companies in search of opportunities.

The National Iranian Oil Company (NIOC) and Royal Dutch Shell have signed a memorandum of understanding (MoU) to conduct studies on Azadegan, Yadavaran and Kish oilfields in Iran.

According to a report by IFP, the International Renewable Energies Conference will be held on December 6-8 with the support of Iranian Vice-Presidency for Science and Technology.

A UN report says Iran has developed the science and technology skills necessary to be a global player in more than oil and gas but it must invest more in innovation.

“We are going to give identity cards to 35,000 camels during the first phase of issuing licence plates for them,” said Mohammad-Sharif Khaleqinia, the secretary of Iranian Central Task Force to Combat the Smuggling of Commodities and Currency in Sistan and Baluchestan Province.

According to a report covered by Mashregh News in Farsi, Germany’s constitutional court ruled that Muslim schoolgirls must take part in mixed swimming lessons together with boys.

A team of Russian scientists from the Ural Federal University is preparing to travel to Iran to hunt for fallen meteorites.

The Iranian Foreign Ministry has strongly condemned a recent Israeli bill to legalize some 4,000 settler units in the occupied West Bank, saying the Tel Aviv regime’s settlements are a “mass and blatant violation” of international law.

Hezbollah Secretary General Sayyed Hassan Nasrallah says the “promised” victory is secured for Syrian President Bashar al-Assad in the city of Aleppo as at least 93% of the city is liberated from terrorist factions.

The UK “is back” in the Persian Gulf region and will remain committed to the security of its Arab allies there in the foreseeable future, says British Foreign Minister Boris Johnson.

Donald Trump is expected to nominate Exxon Mobil CEO Rex Tillerson as his secretary of state, adding a corporate executive with extensive ties to Russian President Vladimir Putin to his presidential cabinet. Tillerson has relationships with many world leaders, but has never served in government or taken public positions on many of thorny issues he would confront as the nation’s top diplomat.