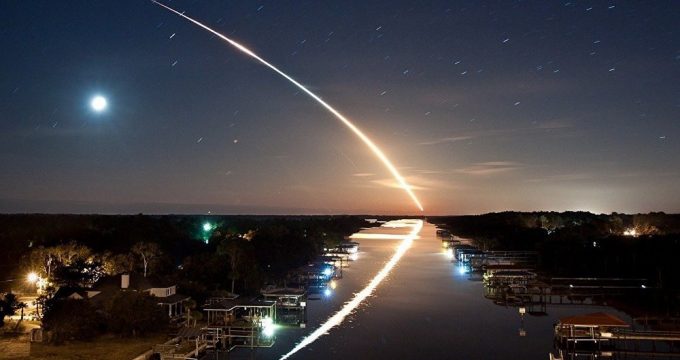 Sputnik– A team of Russian scientists from the Ural Federal University is preparing to travel to Iran to hunt for fallen meteorites.

The name of Professor Viktor Grohovsky, head of the upcoming expedition, became widely known around the world when his team became the first to discover and study the remains of the Chelyabinsk meteor which entered Earth’s atmosphere on February 15, 2013.

According to Professor Grohovsky, this expedition will be a test of sorts, the results of which may lead to more comprehensive joint research ventures. “As this is going to be our first expedition into a desert, it won’t be a lengthy one. We need to at least ascertain the conditions and the probability of finding extraterrestrial material  there.

We hope to establish deep cooperation with the Iranian side, both for the expedition itself and possibly in terms of student exchange,” Grohovsky told Sputnik. He pointed out that Ural Federal University’s meteorite expedition – the only such expedition in Russia – has been operating for over 30 years. “Last winter we launched an expedition to the Antarctic.

There are certain areas there that have a very high concentration of meteorites, the so called “blue ice areas” – the remains of bolides that have been falling there for centuries. For the first time in Russia’s history a search team commenced operations within 150 kilometers from Novolazarevskaya station. A great many samples were discovered there and are currently being studied,” he said. The professor also confided that while hot deserts like the Loot Desert have their own unique mechanism for aggregating meteorites, this wasn’t exactly the reason for his team to choose this particular location as their next destination.

“During an annual meeting of the Meteoritical Society in Berlin a group of Russian delegates ended up in the same session with their Iranian colleagues. The report delivered by the Iranian researchers was immediately followed by the report on our work in the Antarctic. That’s how the dialogue started and then we learned of the Loot Desert in Iran where extraterrestrial material can be found. And this is why we decided this year to send an expedition to Iran,” Grohosvky said.