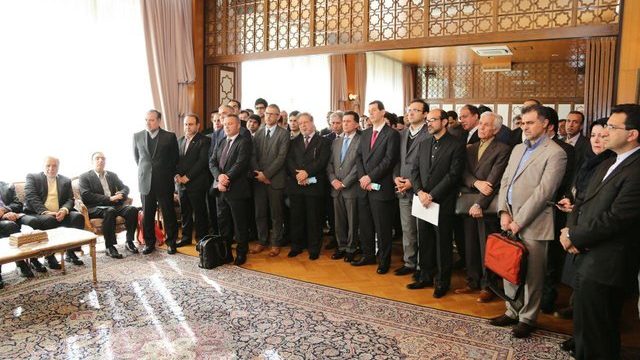 “I firmly believe that economic development, stability and security of the Islamic Republic of Iran is owed to first the blessings of God and then the participation of the nation, and assuredly the people are the axis of Iran’s future,” said the Iranian Foreign Minister, Mohammad Javad Zarif, at a gathering of the Iranian citizens who reside in Japan at the embassy of the Islamic Republic of Iran in Tokyo.

He asserted that paying service to his fellow Iranians is an honor for him and his colleagues at the Foreign Ministry of the Islamic Republic of Iran and reassured the entrepreneurs and traders are supported for the advance of the shared goals with the will to resolve any problem ahead of the Iranian citizens.

“In this trip there was a scientific and economic delegation whose members met with their Japanese counterparts,” recounted the Iranian minister, “and today a meeting was held between the members of this delegation and the Iranian traders residing in Japan for more coordination and cooperation.”

The chief of Iran’s diplomacy voiced hope that the meetings and the discussions contribute to the improvement of the economy and the well-being of the Iranian people whom, according to Mr. Zarif, are much owed by all officials of Iran.

“Embassies and consulates should provide a safe roof for all Iranian citizens who live in foreign countries regardless of their political beliefs and attitudes,” said the Iranian minister.