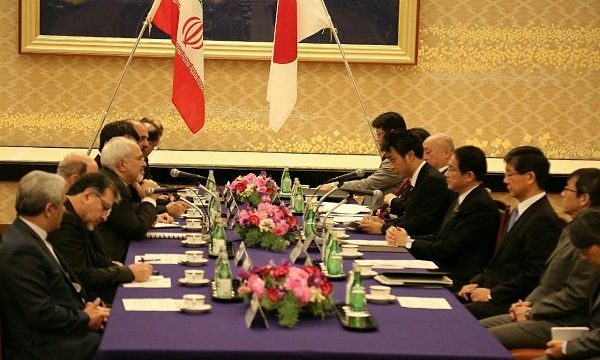 Zarif made the remarks in a meeting in Tokyo with Japanese Minister of Economy, Trade and Industry Hiroshige Seko.

Iran and Japan have less than 100 years of official relations but commercial relations between the two states dates back to more than 1,000 years ago, said the Iranian minister who arrived in the Japan on December 6 for talks with senior officials of the country.

Zarif is in Japan on the third leg of his Asian tour which has earlier taken him to India and China respectively.

He said that the long history of Tehran-Tokyo relations can serve as a base for broader cooperation between the two capitals in different areas.

Noting that there are good capacities for cooperation between Iran and Japan, the Iranian minister stressed the need for efforts to materialize those capacities.

Meanwhile, the Japanese minister, for his part, said that Tokyo supports Tehran’s stabilizing role in the region.