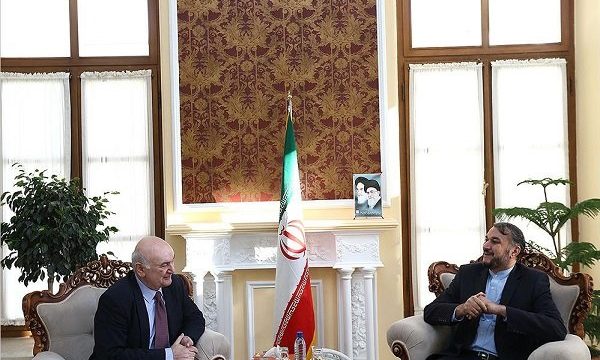 Hossein Amir-Abdollahian who was in a meeting with Branko Markovic, First Counsellor and Charge d’Affaires in Tehran on Thursday, said that the international community should respect the Syrian people’s choice; “the situation in Aleppo is quite dire for terrorists and we believe President Assad’s forces will have the initiative in finally defeating terrorists,” he added.

“A principled policy of the Islamic Republic of Iran is to support peace and stability in the Middle East as well as elsewhere in the world. The region now has challenges of terrorism and extremism and the swarming of refugees escaping the plight of the war; we believe political solution is the major way the international community should choose for Syria,” he emphasized.

Mr. Markovic, for his part, said that Serbia would welcome improvement of bilateral ties and inter-parliamentary relations as well; “we are indebted to Iran for its support for Serbia in international community and feel obliged to respect the international laws; we appreciate Iran’s constructive solutions for the crises in the Middle East, and would support any efforts which seeks to defeat terrorism,” he concluded.