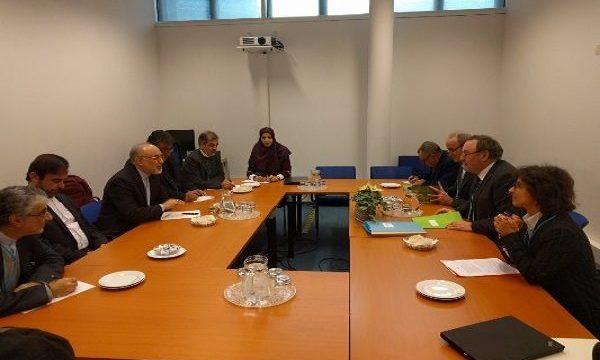 Head of Atomic Energy Organization of Iran (AEOI) Ali Akbar Salehi held talks with the Head of the French Alternative Energies and Atomic Energy Commission (CEA) Daniel Verwaerde on the sidelines of IAEA’s “International Conference on Nuclear Security: Commitments and Actions” which is currently underway in Vienna and will conclude on Dec. 9 in the Austrian capital.

Reportedly, the two sides exchanged views on cooperation in fields of mutual interest and expansion of bilateral relations between the two countries.

Salehi left Tehran for Vienna on December 4 and presented the statement of the Islamic Republic of Iran to the meeting on Monday morning December 5.