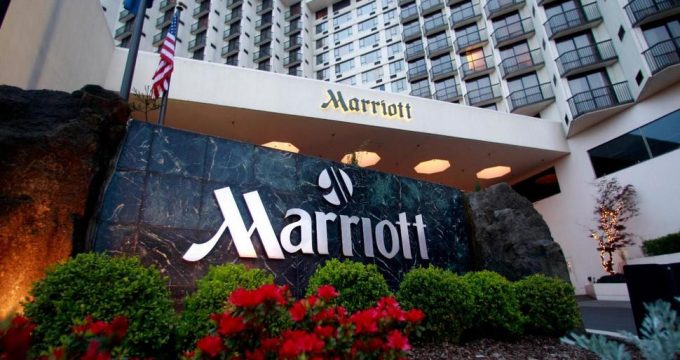 Marriott is first US hotel group to eye Iran

Press TV- Marriott International has become the first US hotel group to announce its interest in the Iranian tourism market which is seeing a march by global hospitality companies in search of opportunities.

Alex Kyriakidis, president and managing director for the Middle East and Africa at Marriott, has said the hotel group is “very keen” to enter Iran, calling the country a “substantial market” in terms of demand for hotels.

American hotel and leisure companies such as Hyatt, Hilton, Sheraton and Starwood all operated properties in prime locations in Iran before the Islamic Revolution in 1979.

US firms are currently precluded from doing business under American laws and Marriott International, being a United States publicly-floated company, is not an exception – a fact that Kyriakidis acknowledged.

“Depending on what happens in the future and what agreements are reached between the United States and Iran, if the doors open legally to do business in Iran, we would be very keen to pursue that opportunity,” he was quoted by Dubai-based media as saying.

The announcement, however, put Marriot among a long list of global companies looking to steal a march on their rivals for a foothold in Iran.

Visitor numbers have soared since Iran reached an international nuclear agreement, rising from 2.2 million annually in 2009 to 5.2 million in 2015.

International leisure groups are heartened by a raft of incentives which the country has put in place, including 100% tax holidays offered to hoteliers.

The government has made tourism a top priority for rebuilding Iran’s economy, hoping to attract 20 million visitors a year by 2025. In 2014, the 4.8 million tourists brought around $6.5 billion in revenue to the country despite sanctions.

Tourism made up 7.6% of Iran’s GDP in 2015, which the country hopes to increase to about nine percent in 2016, according to Minister for Roads and Urban Development Abbas Akhoundi.

Once the seat of great empires, the country sits on the crossroads of civilians and retains lasting allure to visitors in diverse cultural, religious, medical, eco-tourism and adventure segments.

With the removal of sanctions, business tourism is also being given a great deal of consideration by international companies which are wooing the country for big stakes.

Beside sitting on rich reserves of oil, gas and metals, Iran has a promising consumer sector with a well-educated population of 80 million.

The French group AccorHotels became the first international hotel group to enter the Iran market since the 1979 revolution, opening an Ibis hotel and a Novotel branch near Tehran’s international airport in September 2015.

Iran plans to build 300 new hotels over the next five years. According to Akhoundi, projects are already underway to build some 170 four- and five-star hotels.