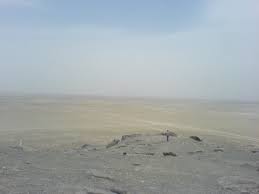 President Ghani made the remarks during a meeting with Zarif who arrived in Beijing early on Monday (Dec 5) after a two-day visit to India.

The meeting was held on the sidelines of the Heart of Asia Conference that started on Dec 3 in India’s Amritsar.

The Afghan president hoped the plan for the water of the Hamoun Lake would be implemented soon.

Iran’s Sistan-Baluchestan province used to be slaked by Hamoun Lake which got its water from Hirmand River in the province.

Hirmand, named Helmand in Afghanistan, is a joint river between the two neighboring countries.

Hamoun Lake is now dry most of the months of a year as Afghanistan has constructed the Kajakai Dam in Helmand province in south of that country.

Also, instability in that country has caused such dryness.

Due to those reasons, Iran’s Sistan-Baluchestan province has been suffering from drought since the past eleven years.

According to Iran tourism and touring online (ITTO) website, Hirmand River accounts as the only vital water way in Sistan, and takes its source in the Baba Mountains of Afghanistan. After following a long course enters the Hamoun Lake, and the water requirements of the plains of Sistan is provided by this river.

Other water reserves also depend on the capacity of the Hirmand. The said river is divided into two at the borders of Iran and Afghanistan, and the main branch forms a part of the common borderline between the two countries, before entering Afghanistan.

The other branch is divided into two on Iranian land, one flowing towards Chah Nimeh and the other towards the region of Koohak and Zahak. Two diverging dams have been constructed in these two areas on the river. In the southern portion of the Sistan plains near the Hirmand, is a large natural pit or hollow which forms a reservoir for irrigation purposes and also is a natural barrier in times of flood, thus preventing damage. The area of this pit is approximately 4,700 hectares.