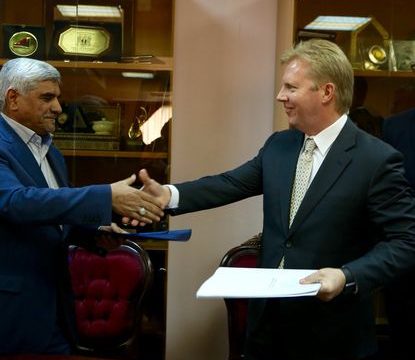 NBR– New Zealand universities will be the first to benefit from renewed trade relations with Iran.

A mission led by Trade Minister Todd McClay has signed an education cooperation agreement in Tehran that will lead to more PhD students choosing to study in New Zealand.

New Zealand was increasingly chosen as a destination for students looking for a world-class education, with 80% of Iranian students in New Zealand studying toward PhD qualification, Mr McClay says in a statement released during the mission.

Two universities, AUT and Canterbury, have representatives on the mission.

It is the first trade mission to Iran in more than a decade and follows the removal of sanctions earlier this year.

He told RNZ this could lead to up to 400 post-graduates coming here and be worth up to a billion dollars over time.

“Under this arrangement, we aim to strengthen, promote, and develop education cooperation and collaboration between our two countries including academic exchanges and research programmes,” Mr McClay says.

While in Tehran, Mr McClay addressed the Iranian Chamber of Commerce and held bilateral talks with Iran’s Minister of Industry, Mining and Trade, Mohamad Reza Nematzadeh.

The biggest difficulty arising from the sanctions over Iran’s nuclear weapons policy concern financial transactions and exporters being paid for their goods and services.