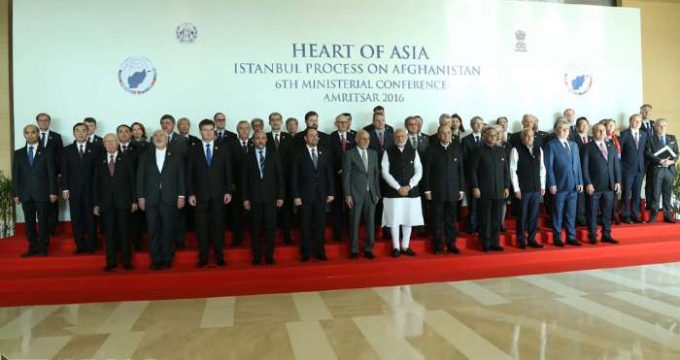 IRNA – Representatives of over 30 countries, including Iran, in a statement at the end of the 6th Heart of Asia Conference, Istanbul Process, on Sunday called for implementation of communicative projects such as development of Chabahar Port.

The statement reads that economic development contributes to establishment of stability and security in Afghanistan.
Therefore, they urged speedy implementation of multilateral economic and communicative projects such as Chabahar development project and Turkmenistan-Afghanistan-Tajikistan railway project. The undertakings will help promote regional cooperation in Central and southern Asia.

Afghanistan’s access to water to enter global markets is very significant. Hence, member states of Heart of Asia recognize the major trilateral agreement among Iran, Afghanistan and India on Chabahar. Following the implementation of the deal, Afghanistan will get an access to regional, Asian and Global markets easily.

Participating countries also expressed their concern over the worsening security situation in Afghanistan and continuation of violence in the country by terrorist groups such as Daesh, Taliban, Al-Qaeda, etc.

Describing terrorism as a big threat to peace, stability and cooperation in the region, the countries called on the international community to keep their assistance to Afghanistan to fight terrorism.
Heart of Asia Conference also appreciated Iran and Pakistan for hosting Afghan emigrants, saying that they accepted millions of migrants in the past three decades.

The two-day conference opened on Saturday to help promote cooperation to improve security situation in Afghanistan.