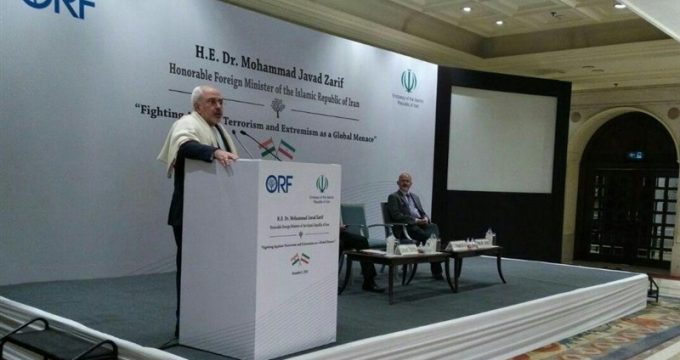 Zarif: Hegemonic era is over

IRNA – Foreign Minister Mohammad Javad Zarif said in a Seminar of elites in New Delhi on Saturday that the hegemonic era is over.

He said that consequences of hegemony is disastrous and that US invasion of Iraq and Afghanistan and occupation of other countries prepared the ground for growth of terrorist forces.

Zarif warned about globalization of terrorism, saying that the governments should understand the reality that supporting terrorism would not be beneficial to anyone.

Expansion of terrorism in the region of west Asia have caused despair, humiliation and fear among the people, Zarif said.

He held the foreign and occupying forces responsible for the birth of terrorism.

Occupation of Iraq and Afghanistan and the logic of occupation in Palestine are causes of expansion of extremism and terrorism, Zarif said.

Now in India, as the biggest democracy in the world, people may show their despair through ballots, as it is the same in Iran, as well, Zarif added.

He arrived in New Delhi on Saturday morning to attend 2-day conference of Heart of Asia in Amritsar to help Afghanistan.

Representatives from more than 30 countries such as the US, Russia, Iran, Pakistan, China, Saudi Arabia, the United Arab Emirates, Turkey and the Asian neighbors of Afghanistan have taken part in the conference.