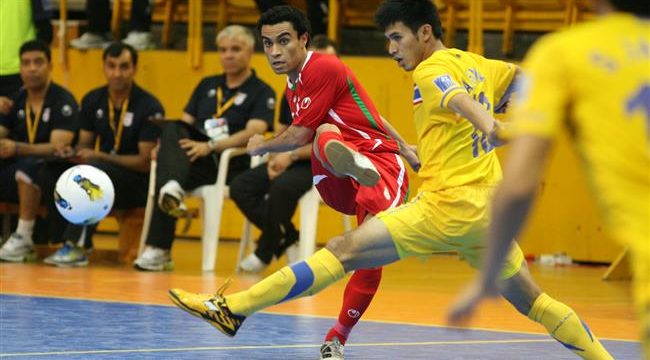 During a grand Thursday ceremony held in Abu Dhabi, the United Arab Emirates, the 29-year-old Iranian sportsman, who currently plays for Sanaye Giti Pasand club in the Iranian Futsal Super League and the Iran national futsal team, bettered his compatriots Ahamd Esmaeilpour and Farhad Tavakoli, and picked up the top honor.

On February 21, the national Iranian men’s futsal team edged past hosts Uzbekistan 2-1 at Uzbekistan Stadium in the capital Tashkent, and was crowned the AFC Futsal Championship’s ultimate winner.

Dilshod Irsaliev netted the opener for the hosts in the fifth minute, only for Ghodrat Bahadori to neutralize the lead four minutes later.

Captain Mohammad Keshavarz then put Iran in the lead six minutes before halftime, prompting his teammates to successfully preserve the claim throughout the rest of the clash.

During the 8th edition of the FIFA Futsal World Cup in Colombia, the Iranian futsal squad defeated Portugal 4-3 in the penalty shootout, claiming the third place for its best finish in a quadrennial international futsal championship.