A Look at Iranian Newspaper Front Pages on December 1

Iran Front Page- In Iranian calendar this year, Monday and Wednesday, November 28 and 30, were religious holidays and newspapers were not published in these two days. Today, Thursday, is not a holiday, but since tomorrow, Friday, is the weekend holiday, a few number of newspapers have been published on Thursday. One of the reasons could be the financial problems many Iranian media are faced with; therefore, the majority of newspapers have tried to cut their expenses by allowing their personnel to go on leave and avoiding publishing costs on Thursday.
Headlines of only four major newspapers have been selected for today’s coverage of Iranian press. The main issue covered by these papers is the historic deal of Organization of Petroleum Exporting Countries (OPEC), which is described by pro-government media and experts as a great victory. It is even praised as the oil JCPOA, the Joint Comprehensive Plan of Action, in a comparison with Iran’s nuclear deal with world powers. 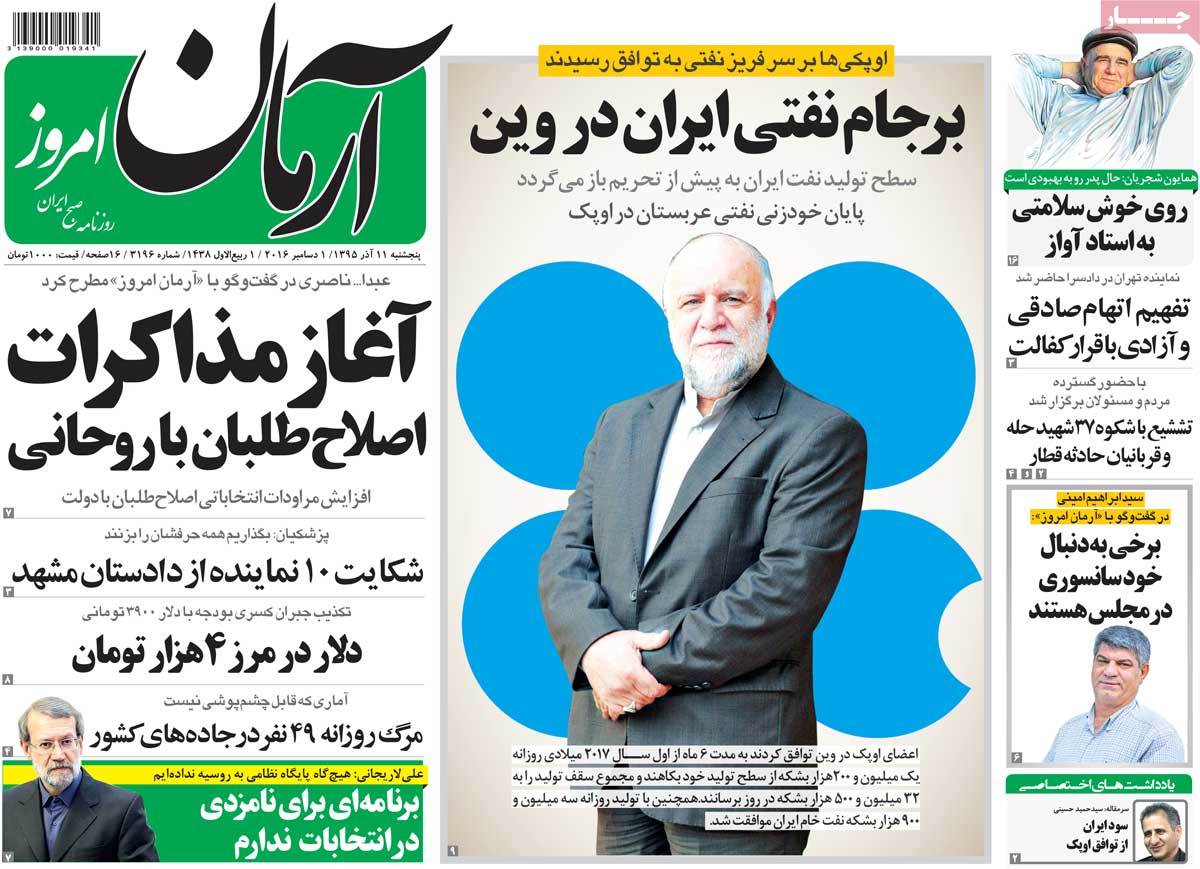 Hamshahri:
1- Oil Deal in Iran’s Favour: All Oil Producing Countries Agree on Oil Output Cut, But Iran Is Exempted from Decreasing Its Production
2- Ahvaz and Tabriz in Grief of Pilgrims Killed in Hilla Attack and Train Crash 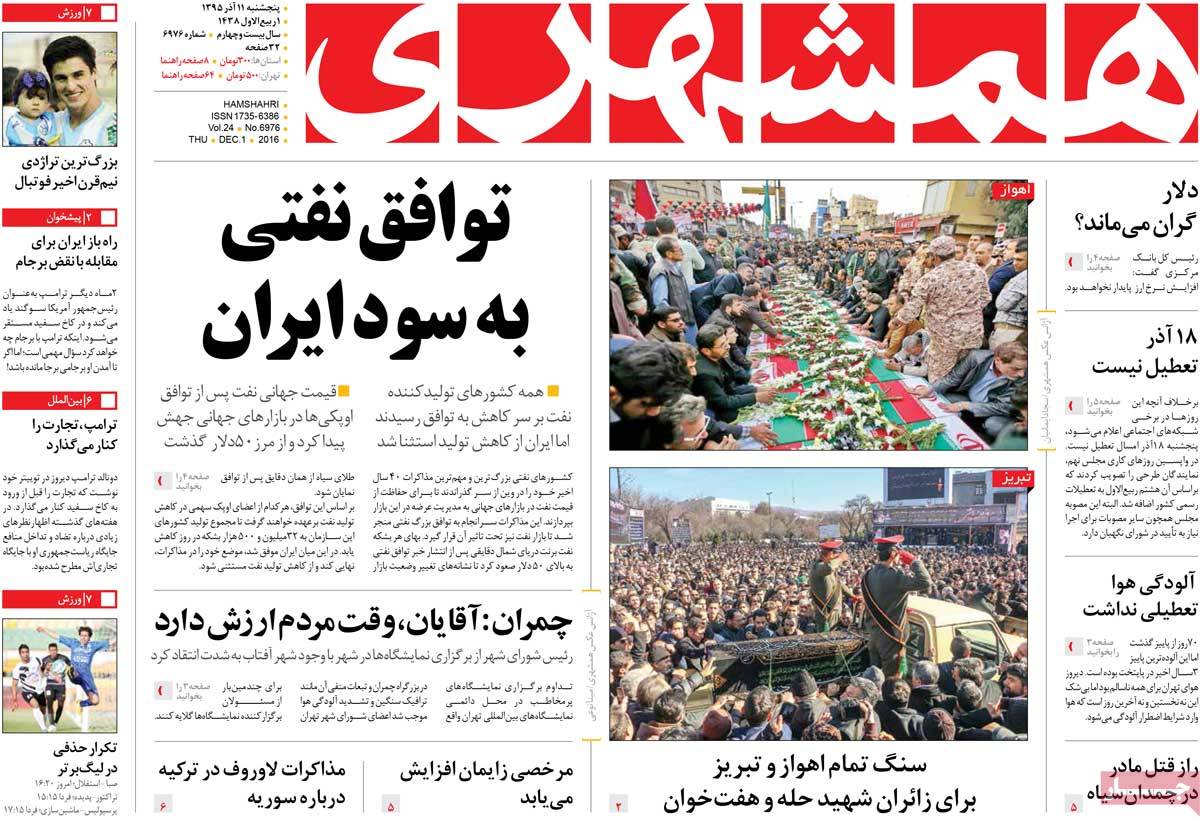 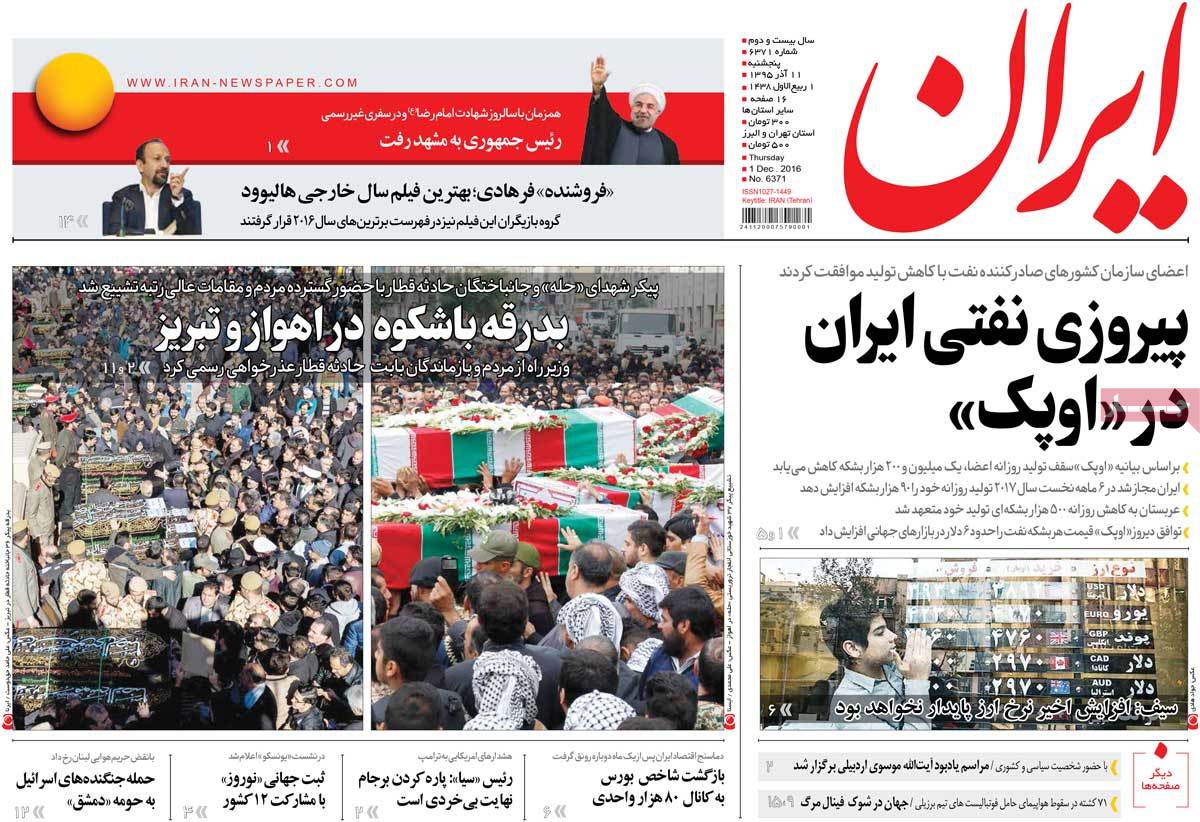 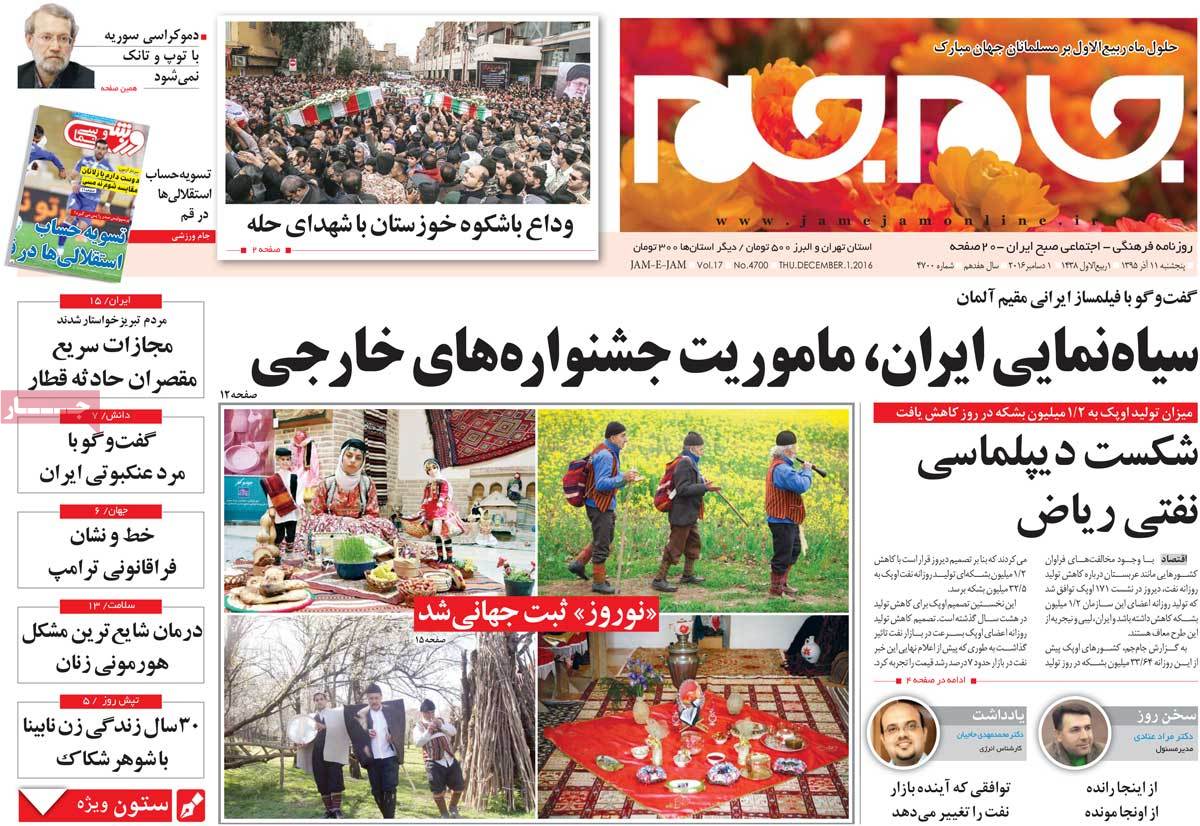