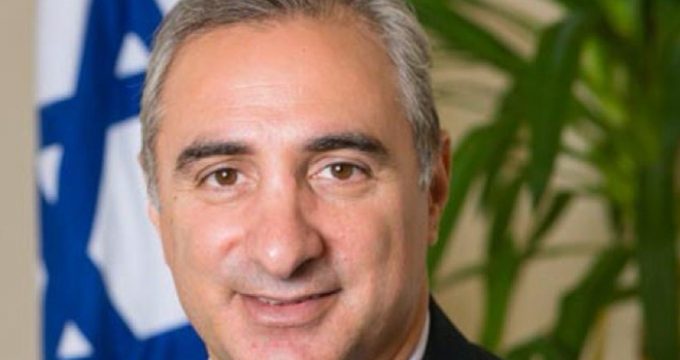 The Israeli regime’s new ambassador to Turkey has arrived in Ankara as the two sides renew their relations after six years.

Eitan Naeh, a career diplomat who previously served as deputy ambassador in London and ambassador to Baku, arrived in the Turkish capital on Thursday.

Turkey and Israel “have a history of helping each other in times of need,” Naeh said in remarks quoted by Turkey’s state-run Anadolu Agency.

He said Turkey was among the countries that offered Israel help to battle a series of wildfires last month.

Turkey is expected to name its ambassador to Israel soon.

Naeh’s arrival in Ankara is part of a June settlement to end the sticking issues between Turkey and Israel which are both close regional allies of the United States.

Their relations soured in 2010 after a deadly Israeli naval raid on a Turkish ship headed for the Gaza enclave.

The Mavi Marmara was raided by Israeli commandos who killed nine activists on board. A tenth Turkish national succumbed to his injuries four years later.

The victims’ next of kin sued Israel’s top military commanders for the deadly attack.

They told media that they will not drop the cases despite the deal signed by Ankara and Tel Aviv back in June.

Israel reportedly agreed to pay compensation to the families of those killed on the vessel. However, it is not confirmed whether the regime paid out the 20 million dollars in compensation.