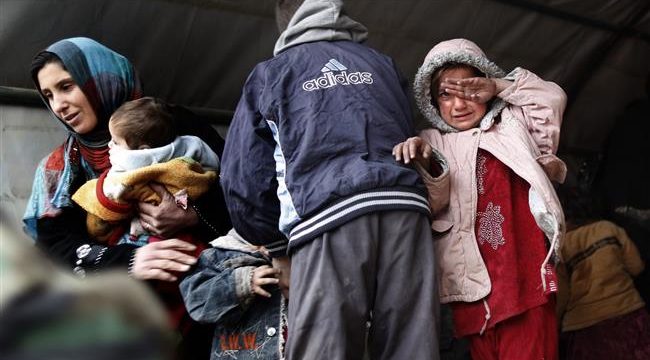 Press TV- Daesh snipers have shot dead at least 15 children fleeing a militant-held neighborhood in Mosul which is besieged by the Iraqi army as part of a massive offensive to retake the city, a security source says.

The unnamed source told al-Sumaria television network on Thursday that the victims were heading to government security checkpoints along with their families when they were hit.

Daesh militants, he said, had planted roadside bombs to prevent civilians from fleeing Mosul, located 400 kilometers north of the capital Baghdad, in order to use them as human shields.

On Wednesday, Iraqi Special Forces wrested the control of the al-Shaqaq neighborhood from the Takfiri terrorists following fierce skirmishes.

Iraqi Special Forces meanwhile liberated the al-Akhaa al-Thaniyah neighborhood in Mosul, and raised the national Iraqi flag over several buildings there, the Joint Operations Command said in a statement.

Elsewhere in the north-central province of Salahuddin, army troops and tribal fighters retook al-Khattab village east of the Shirqat town.

After months of preparation, Iraqi army soldiers, backed by volunteer fighters and Kurdish militants, launched an operation on October 17 to retake Mosul from Daesh terrorists.

Prime Minister Haider al-Abadi has vowed that Mosul, Iraq’s second largest city and Daesh’s last urban stronghold in the country, will be fully recaptured by the year-end.