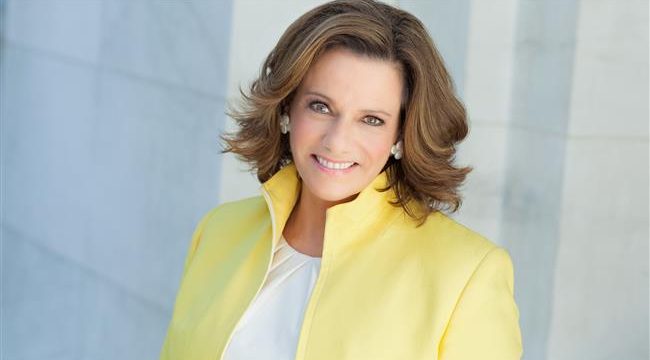 Press TV- US President-elect Donald Trump has brought a Fox News security adviser onto his team, apparently tasked with causing unrest in Iran.

K.T. McFarland, appointed as the future president’s deputy national security adviser on Friday, has been a staunch critic of the Iran nuclear deal from the beginning of negotiations.

Following the announcement, various media outlets highlighted McFarland’s anti-Iran stance, indicating that targeting Tehran would be on top of her agenda.

On several occasions, the hawkish figure has called on the US to forcibly target limitations she claims are in place on the Internet in Iran.

“We can tear down that cyber wall any time we want,” McFarland said on Fox News in mid-November.

She has also been a critic of the nuclear deal with Iran, signed not only by the US but also by Britain, Russia, Germany, China and France in July 2015.

“We gave them everything up front – the money, the sanctions, the path to nuclear weapons – and we demanded nothing in return,” she said at the interview on November 14.

Under the deal, dubbed Joint Comprehensive Plan of Action (JCPOA), which took effect in January, Iran undertook to put limitations on its nuclear program in exchange for the removal of nuclear-related bans imposed against Tehran.

Tehran has time and again asserted that as a signatory to the nuclear Non-Proliferation Treaty (NPT), it seeks nuclear energy solely for peaceful purposes.

“I am proud that KT has once again decided to serve our country and join my national security team,” said the president-elect in a statement. “She has tremendous experience and innate talent that will complement the fantastic team we are assembling, which is crucial because nothing is more important than keeping our people safe.”

Trump has threatened to scrap JCPOA or renegotiate it while, Tehran argues that the deal is an international one backed by the UN Security Council and no one single country can violate it.

McFarland was also quoted as saying in a Trump transition team statement that “Nobody has called foreign policy right more than President-elect Trump, and he gets no credit for it.”

The paid security analyst for Fox News has been a staunch supporter of Trump in the US 2016 presidential election.

“Grownups back in charge of national security,” she tweeted ahead of her appointment earlier this week.

She studied national security in a doctorate program at the Massachusetts Institute of Technology and holds a master’s degree from Oxford University.

McFarland has held multiple positions in the Nixon, Ford, and Reagan administrations, most notable of which include consulting Henry Kissinger in 1970, and serving as a Pentagon spokeswoman from 1981 to 1984.