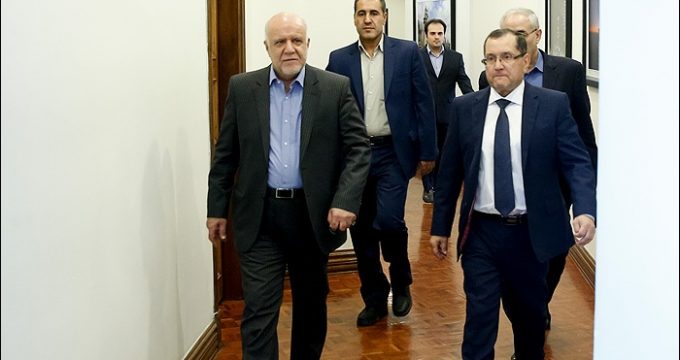 MOSCOW (Sputnik) — The Organization of the Petroleum Exporting Countries (OPEC) is likely to reach a sustainable agreement regarding its oil output, Iranian Petroleum Minister Bijan Zangeneh said on Saturday.

“Everyone has accepted the Algiers decisions and the current discussions are focused on how the decisions will be implemented… I am optimistic that the OPEC members will reach an agreement,” Zangeneh told reporters following a meeting with Algeria Energy Minister Noureddine Boutarfa, as cited by Shana news.

Zangeneh said that the Algerian official presented to him a proposed package which allocates quotas to every OPEC member to assist in reducing the group’s output. He added that, “the course of events and talks indicates that OPEC can reach a sustainable deal regarding its output and market management.”

The Iranian minister noted that the participation of Iran, Libya and Nigeria in the OPEC output reduction plan had been discussed, but did not confirm whether they would be exempt.

In September, the OPEC group of the world’s major oil producers reached a preliminary agreement in Algeria to set the oil output ceiling at 32.5-33 million barrels a day for the cartel. The OPEC countries have yet to finalize the deal at the November 30 meeting in Vienna with non-OPEC states, including Russia, open to capping the output.