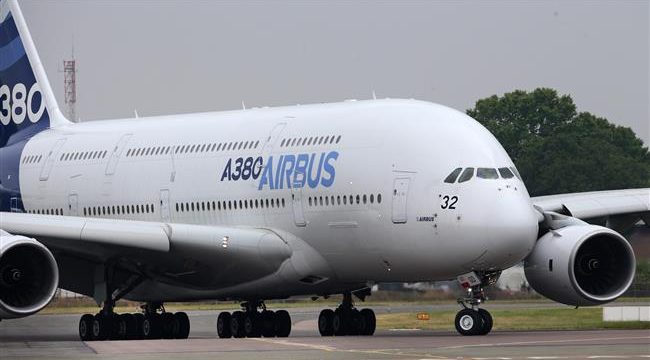 Press TV- Iran says A380 planes have little chance to be purchased as per a major agreement which officials in Tehran have already said will be  finalized with France’s aviation giant Airbus soon.

Iran’s ISNA news agency has quoted an unnamed official as saying that A380s – the world’s biggest commercial airline – have not sold well in global markets and its production could even be stopped by Airbus in the near future.

The official added that Iran is not expected to pursue the purchase of A380s, adding that the country would instead try to purchase other alternatives such as A320 and A330 planes.

In January, Iran signed a major contract with Airbus worth about $27 billion to buy 118 planes.  The planes on Iran’s order list varied from popular A320 single-aisle jets to the A380 jumbo jets and A330 long-range planes.

Nevertheless, Farhad Parvaresh, the managing director of Iran Air, announced in February that A380s may be removed from the list “if the conditions for their delivery are not met”.

Parvaresh added that Iran might instead choose to buy A350s which he said “are even more advanced”.

This past Tuesday, the US Office of Foreign Assets Control, an arm of the Treasury Department, granted the license to Airbus to sell 106 planes to Iran over the next years in a deal whose value could be above $20 billion.

Airbus needed the US authorization to export planes to Iran because at least 10 percent of the aircraft’s parts are made in the US.