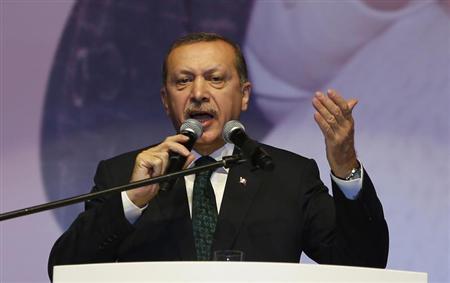 Future of Kurds in the shadow of Erdogan-HDP rivalry

Alwaght- After 2014, the Turkish President Recep Tayyip Erdogan announced end of peace with the Kurdistan Workers’ Party (PKK), triggering a new period of struggle and rivalry between the Turkish government and the Kurds.

The new period was different for the PKK. Actually, PKK’s power and operation range in the new conditions was not limited to the Qandil Mountains close to the Turkish borders, as its fight with Ankara was not restricted to guerrilla attacks. In fact, in the new era the PKK used its Syrian affiliate the Democratic Union Party( PYD) to set up an autonomous c

anton system and declare a federal Kurdish government in Syria’s north. It even gained the power to start a civil war with the Turkish army inside Turkey. The analysts call the clashes between PKK and Turkey forces as a full-scale Kurdish war inside Turkey against the Turkish government. The past two years were, actually, a stage of rivalry between Erdogan and the Kurds.

In the present conditions, Erdogan’s policies and actions have pushed the Kurds to face a difficult and complicated situation. Arresting the Kurdish political leaders inside Turkey, increasing monitoring of the Kurds, introducing tough security measures in the Kurdish-inhabited cities of Turkey, and also issuing a list of 40 people inside the country who allegedly are linked to the PKK symbolize Erdogan’s new policies.

With these in mind, we come up with a couple of questions: what will be the result of Erdogan’s duel with the Kurds?  Can the Turkish president at the end of the road impose his will on the Kurds?  Or will the Kurdish fight and resistance inflict a defeat on Erdogan?  Some points can help us have an understanding of the situation between the two warring sides:

Erdogan’s popular support Vs. Turkish opposition’s failure to give an alternative to his policies.

In their competition with Erdogan’s Justice and Development Party (AKP), the Kurds and even the Turkish opposition parties boast about their social base and popular support. But the fact is that if we consider a social base and backing for the Kurds and opposition parties in Turkey, we at the same time should consider a greater popular base and support for Erdogan and his party. We should buy the fact that half of the Turkish citizens support President Erdogan and his party. So, from this aspect, we cannot suggest that Erdogan lacks the popular backing and his opponents enjoy it. Additionally, in terms of balance of power, if we compare Erdogan’s sociopolitical power to that of the opposition groups, we find the balance largely gravitating towards Erdogan. Indeed, the opposition parties are not fully against the president. Furthermore, in the recent decade these parties in the role of an opposition have declined to offer a serious and competitive alternative to the AKP’s policies, though in the future it can be expected that Erdogan’s authoritarianism and his passage to the Eastern rationality will cause a shrink in his current power and sway. However, for now the ground is fully prepared for Erdogan’s gain of influence among the Kurds. This is because of the strategic mistakes made by the leaders of the People’s Democratic Party (HDP). The elaboration on the mistakes is to follow.

If we focus on the positions and type of actions of the HDP’s leaders in the years after 2014, we can spot strategic faults in their political actions and behaviors. In fact, following the battle of Kobani in northern Syria, witnessing Erdogan’s violations, and afterwards spark of new round of clashes between the Kurds and the Turkish government, the leaders of the HDP embarked on a kind of a idealistic approach. Deeply influenced by the bellicose flank of PKK led by Cemil Bayik, these leaders’ approach brought about negative effects for the relations between HDP and the Turkish government, and also the AKP. During a visit to Moscow, Selahattin Demirtas, the chairman of the HDP, condemned the Turkish government for shooting down the Russian bomber over Syria. Demirtas along with Figen Yüksekdağ, the co-leader of the HDP, backed the city clashes with the Turkish forces. They also took pro-PKK approach in their political agenda. All these are symbols of the HDP’s idealistic approaches during the past two years.

In the current conditions in which 9 of HDP’s leaders along with members of the parliament from this Kurdish party have been detained by the government, the decision to boycott the parliamentary activities of the this party is another indication of its idealistic approaches. Leaving parliamentary career and pressing on with idealistic stances have been characteristics of the Kurdish leaders in Turkey in past few years. Boycotting the parliamentary sessions not only declined to yield the required results but also it is the approach that Erdogan wishes the Kurdish leaders to take. This finally worked in favour of the Turkish government, triggering a wave of discontent among the Kurdish masses with the activities of the HDP.

Over the past year just before detention of the HDP’s leaders and MPs, dissolution of Kurdish party by has been likely. In fact, following stripping a large number of the HDP’s MPs of their legal immunity in the parliament, the theory of dissolution of the party gained ground more than ever. In the present conditions, too, such a scenario is not unlikely. But the Turkish history can testify that dissolution of political parties in the country is more symbolic than real. In other words, the government never aims at eradication of the essence of the political or ideological movement or party. Actually, in a short time following the dissolution of parties they flourish with a new name and platform. For example, we can refer to the Islamist parties’ history in Turkey. In 1970 they founded National Order Party, in 1973 the National Salvation Party, in 1987 the Welfare Party, and in 1996 the Felicity Party. During all these years Necmettin Erbakan led the Islamist parties. Following dissolution of Felicity Party by the Supreme Court of Turkey a new party was founded with a new name. The same also applies to the Kurdish parties in Turkey after 1991. So, we can conclude that even now it is likely that the HDP will be banned but what is very important is the fact that the political atmosphere in Turkey– even if we expect rise of a new wave of Erdogan’s power– does not block reorganization of Kurds under a new party.

It is very difficult to make predications on the process of developments in West Asia. The fact is that what is happening in the region by no means is a result of wise approaches and factors. Actually, the developments themselves have been decisive factors in West Asia. In 2013, nobody could foresee such actions and behaviours by Erdogan. This pushes us to keep all the options about the future open. Erdogan could return to reconciliation with the opposition and reactivation of peace process with the Kurds, including the PKK. Therefore, we can suggest that making a prior predication and judgment about Erdogan’s or his opponents’ win in the struggle is something impossible now. This issue takes influences from the upcoming West Asia events.