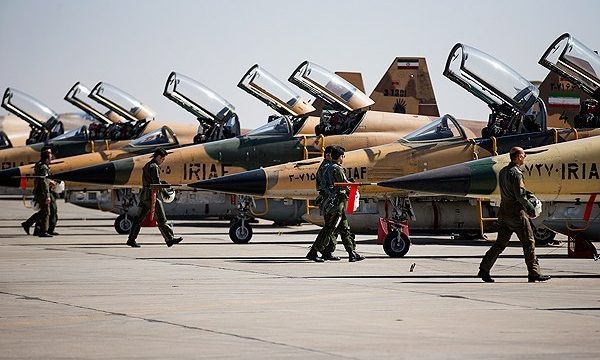 In an interview with Sputnik Persian, political analyst Emad Abshenass touted the performance of Russian fighter jets, saying that these aircraft could make an important contribution to modernizing the Iranian Air Force.

The interview came after Iranian Brigadier General Ahmad Reza Pourdastan said earlier this week that Tehran is mulling the purchase of new jet fighters as part of a program aimed at modernizing the country’s Air Force, according to the news website mashreghnews.ir. Pourdastan made the remarks in the wake of Qatar’s announcement of a multibillion-dollar deal with the US to buy 72 fourth-generation US F-15QA fighter jets, as well as equipment and weaponry related to these fighters.

Speaking to Sputnik Persian, Emad Abshenass said that Iran’s drive to update its Air Force is only natural because permanent threats and challenges make it necessary to create a balance of military power in the region in order to ensure security.

In this vein, Russia “may help Iran cope with the task,” according to Emad Abshenass who said that the Iranian Air Force “should be, without doubt, updated and modernized.” “As for Russia, it remains one of the leading suppliers of fighter jets in the global combat aircraft market. During the Iran Air Show 2016, held on November 16-19 on the island of Kish, the Russian fighters demonstrated an enviable potential.

Due to their incredible technical capabilities Russian fighters even outstrip the US-made ones,” he said. Abshenass added that Iran does not think that the Gulf nation’s purchase of outdated US warplanes is a serious move, given that the planes have serious maintenance issues in these countries. “Besides, right now we are in talks with Moscow to purchase the Russian combat aircraft which are superior to those warplanes that the United States is supplying to Qatar. Not to mention that Iran has specialists who are capable of operating these sophisticated aircraft,” he said referring to the Russian fighter jets.

Like many other countries, Iran wants only the most advanced warplanes in its arsenal, and updating its Air Force by buying Russian-made fighters will be a key priority, according to Abshenass.

Earlier this month, Manouchehr Manteghi, head of Iran’s Aviation Industries Organization, told Sputnik that Russian and Iranian cooperation in the field of aviation may result in the two nations creating their own aviation market which would be completely independent from any third party influence. He also said that the Iran Air Show 2016 turned out to be more representative than the recent Berlin Air Show, “according to our Russian colleagues.