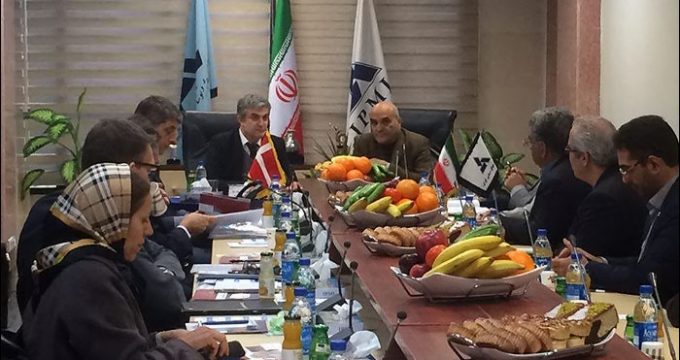 He made the remarks during a meeting between a visiting delegation of Danish entrepreneurs and Morteza Emami, managing director of Industrial Projects Management of Iran (IPMI).

The Danish envoy called for enhancement of cooperation between Tehran and Copenhagen in the oil and gas sector and stressed that Denmark is ready for transfer of technology to Iran..

The official referred to development of Iran-Denmark relations in the post-Joint Comprehensive Plan Of Action (JCPOA) era and said that Copenhagen is interested in signing win-win contracts with Tehran in the field of energy.

He voiced hope for boost of ties between the two states and said Denmark export to Iran had 78 percent increase in the past year.

The Islamic Republic is ramping up oil production and reclaiming market share after the lifting of Western sanctions in January.

Iran has introduced a new model of petroleum contracts knows as the new Iran Petroleum Contract (IPC) to encourage foreign investment in the country.

The IPC described as a hybrid model, will replace the buy-back contract. It is being touted as a risk service contract which includes integrated exploration, development and production.

Iran has been working on the IPC for the past two years in order to lure investment to its oil and gas sector.