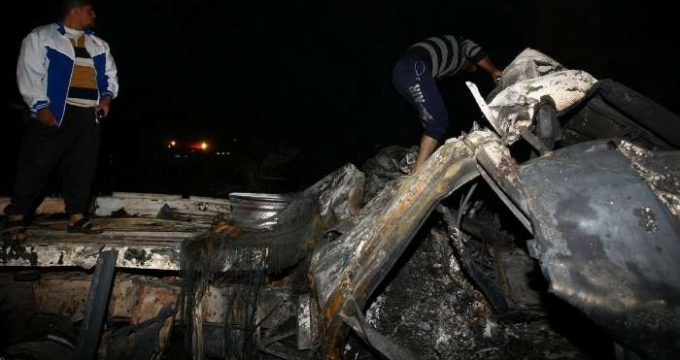 IRNA – Iranian consulate delegation arrived in Karbala on Thursday night to closely study and supervise identification and transfer process of martyrs and injured people targeted by terrorists in Iraq on Thursday.

Iranian consulate delegation is also to conduct legal procedures for return of victims to medical centers.

A truck bomb went off in the Shoumeli village, 120 kilometers southeast of Baghdad, targeting vehicles loaded with passengers most of them Iranians who were returning home from the holy shrines in Iraq after Arba’een rituals.
Reports so far put the number of the dead at more than 71 with a lot more injured.

Martyrs of the terrorists attacks comprising of nationals from Iran, Afghanistan, Pakistan and Iraq.