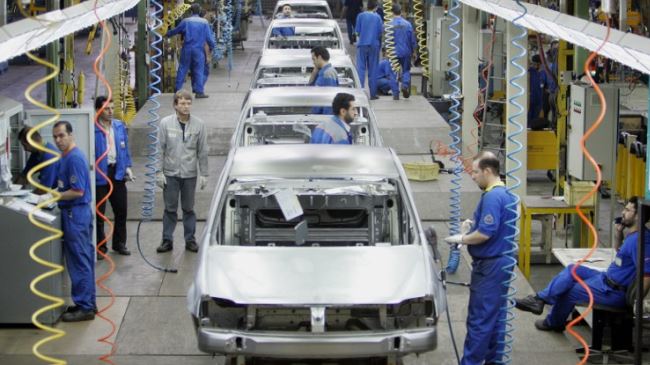 Financial Tribune- An advisor at the Ministry of Industries, Mining and Trade said France’s Renault is ready to set up a factory in Iran.

Saveh is a city in the central Markazi Province of Iran located about 100 km southwest of Tehran.

The official made the statement earlier this week on the sidelines of a meeting held at the investment center of Arak, the capital of the province.

“The request for a joint automotive project between Iran and Renault was submitted and has been assessed,” he said.

“Markazi Province has the potential for hosting the company. The project will become operational in Saveh after the infrastructures are prepared, according to preliminary agreements.”

Alimoradlou noted that if the factory is set up, 300,000 automobiles will be produced at this location.

The official said before the investment is made, the required permits as well as the supply of water, electricity and gas should be procured.

“Since a portion of the cars manufactured at the plant will be exported, customs services must also be provided in the region,” he said.

“Nearly one-third of the cars made at the company will be exported. This precondition has been set to ensure better quality and competitiveness in the auto industry.”

Alimoradlou further said the request for investment incentives has been submitted which, if granted, will be provided as soon as possible.

The joint venture will be launched with an initial investment of €400 million—Renault will provide 60% of the amount and 40% will be provided by the Industrial Development Company of Iran.

The governor general pointed out that the execution of the project would start in less than a year and the company is expected to reach its full potential by 2026.

Qomi added that all organizations extending infrastructure services in the province had been tasked with preparing the infrastructures to execute this project so that it can go on stream as soon as possible.

The deal between IDRO and Renault has had several regions vying for the creation of the future automotive hub, with hundreds of millions in the balance for the designated area.

Several potential locations, including Khomein and other cities, had been broached for the project.

When signed the deal, Iran Khodro and SAIPA were kept out of the loop as Renault wanted to have full control over production.

The French company was hesitant about forging a joint venture in the country, while both companies tried to pressure the company into negotiations and a possible deal.

However, Renault opted for a deal that ensured its future leverage and competitive edge.