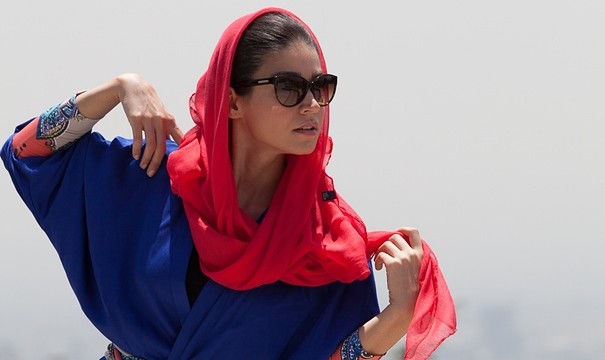 Sputnik– The first national encyclopedia of Iranian fashion and attire has been published in Iran. It introduces its readers to the fashion industry of the Islamic Republic. The book will be presented at the international exhibition of clothes “Daheye Fajr” in late January 2017.

According to Mehr news agency, the encyclopedia was published in cooperation with fashion experts and fashion designers, the Ministry of Culture, Islamic guidance group- Majlis Commission, radio and television of Iran and university centers and other associations.

The encyclopedia was published by the cultural association Gagnus (translated from Persian- Phoenix). It consists of a single 300-page volume. In the annex there is also an atlas which serves as a guide to the world of Iran’s fashion and clothing.

The authors hope that the encyclopedia will be an excellent resource for anyone interested in fashion. They also noted that in today’s world there are so many brands and fashion houses that are actively advertised in the Iranian press and various blogs that the local consumers are actually not familiar with Iranian designers and local clothing manufacturers.

Hence, with the help of this book, the authors hope that Iranians will be able to get better acquainted with the local fashion industry. Sonya Puryamin, chairman of the working group on matters of fashion and clothing of the Ministry of Culture and Islamic Guidance of Iran, spoke to Sputnik Persian regarding the main trends in the Iranian contemporary fashion today.

“Clothing has a direct link with culture and traditions of any given society. For each of us, seeing someone wearing particular attire gives us an idea about the person’s neatness, we can estimate how much time they spent on selection of their clothes and so on. Surely every one of us, upon seeing a person in a national dress will show him special respect,” Puryamin said. She further said that Iranian society over the course of centuries has been influenced by different cultures.

However, the main trend in the evolution of the national Iranian dress is that it is becoming more simplified, or casual. “Therefore, we can say that today the most desirable style is casual, the most practical and convenient,” the chairman said.

“Although if we are to stay fair, we must point out that the traditional clothing in individual tribes and nationalities living in Iran retains its classic features. However, the more traditional it is, the heavier it is because it consists of several layers at once,” Puryamin said. When wearing the hijab became mandatory in Iran in 1979, as a result of the victory of the Islamic Revolution, fashion in Iran changed tremendously.

Although, even the hijab experienced various changes over the years and since then it has been significantly altered, even if initially it had very conservative tendencies.     According to the chairman, such changes in fashion in Iran are strongly linked to the transformation of societies due to globalization in general. Similarly, Western fashion has majorly affected the traditional Iranian clothing sense.

The Iranian government was forced to react in order to preserve Iran’s national identity. As a result, the country’s leadership even put a ban on wearing European hats for both men and women. However, even such bans did not stop western fashion to seep into the Iranian culture and wardrobe. “Today, Iranian designers are in need of industrialization of the national textile industry.

In other words, they face the challenge of creating national brands that will surely one day be able to win widespread popularity, especially among Iranian youth,” Puryamin told Sputnik Persian. She pointed out that in order for such a plan to work, it is important that all the elements of the industry work as cohesively as possible.

Especially important is the element of advertising. According to the chairman, in terms of quality of fashion products in the past 8 years, Iranian designers came up with some incredible ideas and their realization made a real breakthrough. “I had never seen such progress in any country! In Tehran alone, there are thousands of fashion houses.

Each one of them has its own distinctive style,” Puryamin said. She further said that these unique fashion trends are visible in the appearance of Iranian women today who seek to look chic. They choose distinctive type of mantos (Iranian headscarf) which they combine with their attire for a modern look. Men in Iran are also quite fashion forward, according to the chairman.