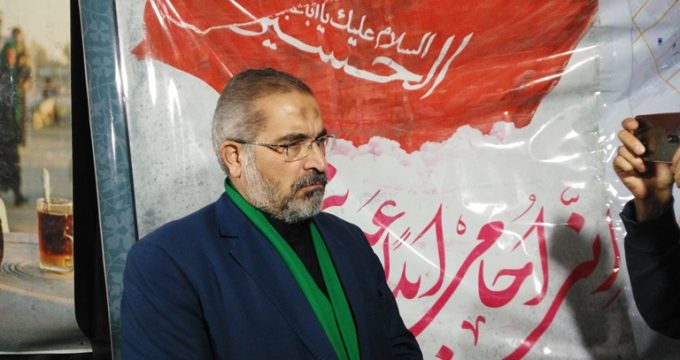 Iraq not willing to abolish visa due to financial issues: Iran

November 21, The Iran Project – The Iranian consulate in Karbala Mir Masoud Hosseinian has announced that Iraq is not willing to abolish visas between the two countries due to financial issues, referring to the annual presence of more than 6 million Iranians in Iraq.

Speaking to The Iran Project on Monday, Mir Masoud Hosseinian said Iran held many talks to abolish visas between the two countries, but the Iraqi refuses to cancel visas because of financial and some other issues.

Comparing to a few Iraqis that visit Iran every year, more than 6 million Iranians annually travel to Iraq, Hosseinian added.

The Iranian consulate in Karbala announced that Iranians are being provided with boarding services during busy times, and said we are facing high demand for visas to Iran since Iraqis will come to the country immediately after Arbaeen to mark the anniversary of Imam Reza’s martyrdom so in addition to meeting Iranian needs, we have to issue more than 8 thousand visas a day.

This year’s Arbaeen march ended while some unofficial sources announced that over 2.5 million Iranians visited Karbala to commemorate the day of Arbaeen.

Arbaeen, described as the world’s largest annual pilgrimage, commemorates the end of the 40-day mourning period after the martyrdom of Imam Hussein (PBUH), the grandson of Prophet Mohammad (PBUH) and the third Imam of Shia Muslims.