Addressing the fifth conference of Islamic World Students held at conference hall of Imam Hussein (AS) shrine in Karbala, Iraq, on Sunday, Moqaddamfar underlined Arbaeen mourning procession as “a symbol of Islam’s power and a sign of the Islamic world’s unity.”

The full text of the speech is as follows:

Today, the primary responsibility of the Islamic world’s students is to develop a deep understanding of the current situation in the world, realize the plots and strategies adopted by the enemies to show hostility, and devise an appropriate roadmap to thwart their plots. The history of Islam is full of incidents in which the elites without insight have been deviated from the religion, or are even proved to have committed treason against Islam.

The Muslim students should be mindful that the trend in history is undergoing a change, and in such major historic turn, the Islamic Awakening movement plays the leading role, which has become known as “Human Awakening” in the non-Muslim countries in Europe, America and elsewhere.

However, such transition is taking place slowly, in such a way that certain regional developments could rapidly overshadow that change, an event that is inherently a voice of opposition to the global hegemony.

Following dissolution of the Soviet Union and creation of a monopoly in the world with the Great Satan (the US) claiming to be the chief power ruling the hegemonic system, the “apocalypse theory” was supposed to come true, while advocates of superior civilization were trying to rule the world with a consolidated leadership under a modern ignorance created by the Western politicians and media outlets.

But their attempts backfired as the world is getting increasingly prepared every day for a destined change of the hegemonic system. The fact is, arrogant policies by the US and its western allies have been a complete and utter failure during the previous three decades.

Iran’s Islamic Revolution, which overthrew a Pahlavi dictatorship known to be their gendarme in the region, triggered a set of setbacks in US-led western policies either in the region or in other parts of the world.

The failure of US’s medieval military campaign in Iraq and Afghanistan, followed by their humiliating withdrawal from these countries, the non-fulfillment of the Greater Middle East project, Inability to extinguish the fire of Palestinian Intifada, inability to defend the Zionist regime as evidenced by its defeats in the 2006 Lebanon War (33-day war), Operation Cast Lead (22-day war) and Operation Pillar of Defense (8-day war), and most recently, the failure of their interventionist strategies in Syria, all attest to the fact that the predictions by the insightful experts who see the  arrogant US getting increasingly close to collapse, have proved to be true.

The most evident fact inherent in all these failures, is the determining role the “revolutionary Islam” has played in triggering the setbacks for the hegemonic system. Consequently, it is for the same reason we see they are trying to trigger Islamophobia in retaliation for all the Islam standing against their goals.

To that end and by supporting terrorism, they want to portray a false image of Islam, and spark an influx of hatred and phobia toward Islam among global public opinion.

Also, they try to provoke religious disputes in order to undermine underpinnings of the Islamic world and its ability to counter the international hegemonic system.
Nowadays, the “British Shiism” and “American ‎Sunnism,” like a pair of scissors, have targeted the roots of True Islam, and are trying to dissuade the Muslim population from their real enemy.

However, we should never forget (or neglect) the role of infiltrators in the region and Islamic World.

Given the negligence shown by intellectuals and elites in the Muslim world, infiltrators are after weakening the assets of Resistance front against enemies. They are theorizing compromise and surrender to the US-led West and intimidating the public opinion in the Muslim world in the battle against arrogance powers.

1- They can boost religious and political insight and keep the light of consciousness enlightened inside themselves and among Muslim nations in order to help them identify their enemies and also show enemies to others and defuse enemy plots and bring enemies’ traitorous policies against the Islamic world to failure.

2- The Islamic world’s elites can do their best to keep alive Islamic unity. The Islamic unity can defuse the plots hatched by the West to create and sponsor what is called as ‘British Shiism’ and ‘American Sunnism’. The Arbaeen procession is a symbol of Islam’s power and a sign of the Islamic world’s unity, centering round a revolutionary leader, namely Aba Abdallah, Imam Hussein (AS).

3- They can introduce the differences and boundaries between true revolutionary Islam and the false Islam represented by Takfiris. They can also unveiled what is behind the scene of criminal supporters of Takfiri groups in the arrogance world and in the dark Arab reactionary regimes.
Here I should refer to letters sent by Ayatollah Imam Khamenei to Western youth in which he tried to disclose the wrong features of a false Islam that is backed by the hegemonic system. He also asked the western youth to gain direct understanding of Islam.

The contemporary revolutionary Muslim students should not confine themselves to the limited regional and geographical barriers.

In parallel with the promotion of Islamism in the West, the Islamic world’s students should develop the capability to correctly interact with the other conscious people in the West with Islamic logic and ethics, and try to clarify the aspects of genuine Islam for them.

Let’s finally wish good luck for you, the vigilant youth of the Islamic world, and hope for better days and victory for the Muslim Ummah. 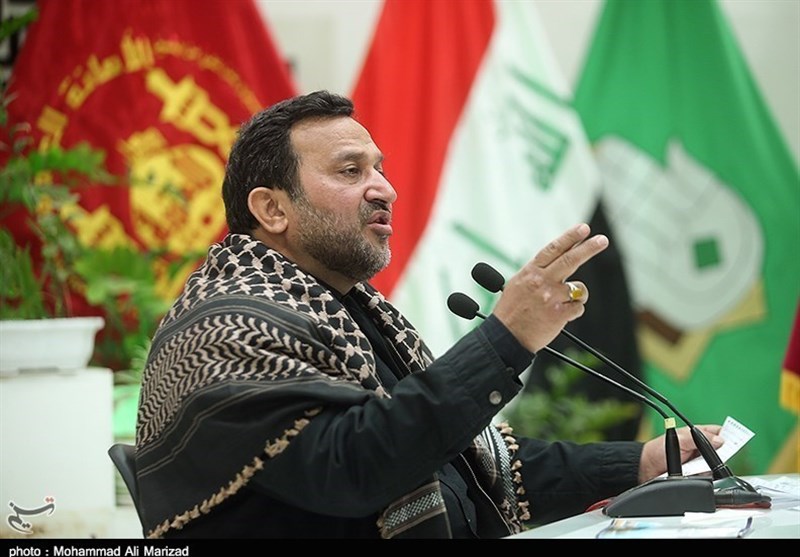 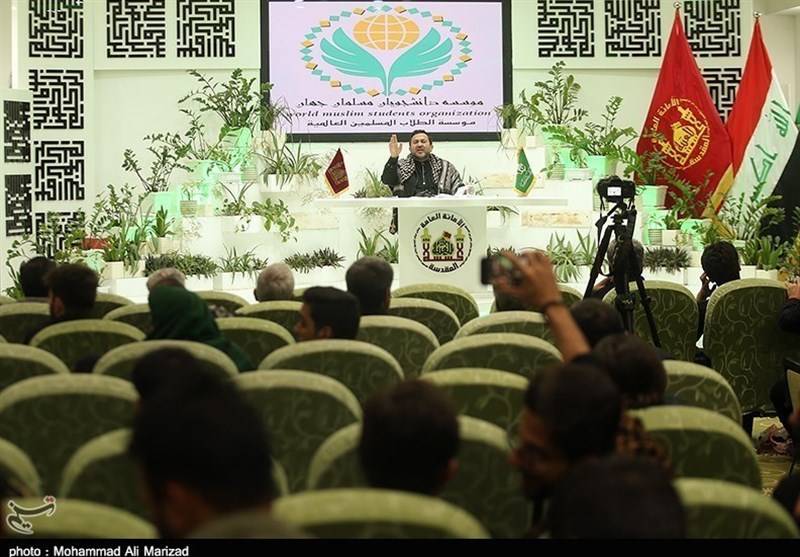