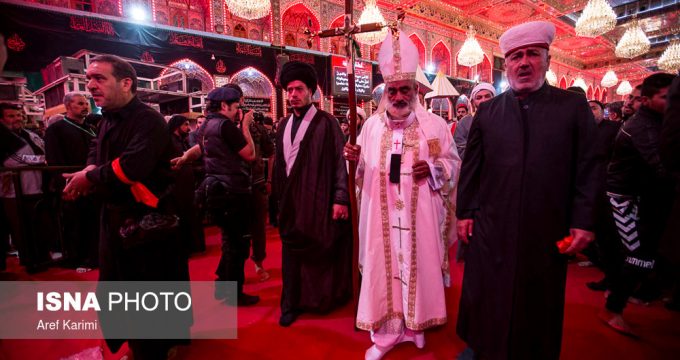 November 20, The Iran Project – Nassif Jassem al-Khattabi, the head of Karbala’s provincial council says nearly 20 million people have already entered the holy city of Karbala to take part in Arbaeen mourning ceremonies, stressing that more than 3 million and half of whom are non-Iraqi pilgrims.

The pilgrims are said to come from over 60 countries, and most of them have marched all the way to Karbala from other Iraqi cities like Najaf and Baghdad in a show of devotion.

Referring to the Iranians’ presence in the mourning ceremonies marking Arbaeen, Head of Hajj and Pilgrimage Organization Saeed Ohadi said on Saturday that over 2 million pilgrims have departed to Iraq from Iran alone.

Arbaeen, falling on November 20 this year, is a Shia Muslim religious observance that occurs forty days after the Day of Ashura to commemorate the martyrdom of Imam Hussein (PBUH), the grandson of Prophet Mohammad (PBUH) and the third Imam of Shia Muslims.

600 reporters and cameramen from all over the world are to cover live the Arbaeen mourning ceremony to be held in the Iraqi city of Karbala on November 20.