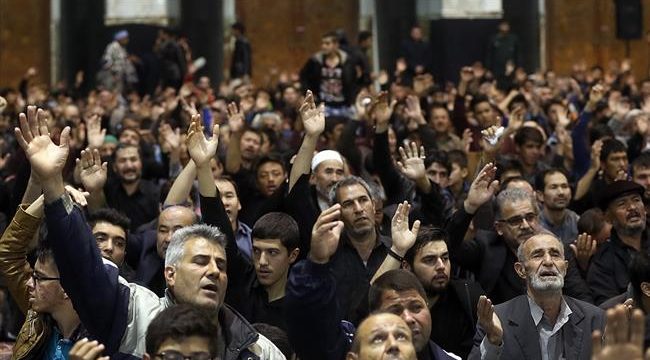 Press TV- Iranians of all ages and social strata have taken to the streets and religious commemoration centers across the country, unified by one cause, honoring the 40th day after the martyrdom anniversary of Imam Hussein, the third Shia Imam.

The occasion called Arba’een occurs 40 days after Ashura, the tenth day of the lunar calendar month of Muharram when the grandson of Prophet Muhammad was martyred at the hands of the tyrant of the time, Yazid I, back in the seventh century.

The first nine days of Muharram feature mourning processions in anticipation of Ashura. The rituals culminate with Arba’een, known as the world’s largest annual pilgrimage.

The occasion has invariably worked to unify Muslims in the face of attempts to create divergence, animosity and misunderstanding among them.

Large numbers of Iranians travel to Iraq each year, walking the distance between the Iraqi holy cities of Najaf and Karbala, which houses the Imam’s holy shrine, so as to be able to be there by Arba’een.

The devotees are joined by their fellow Muslims from other countries along the course.

Imam Hussein is a highly-venerated figure not only among Shias but also Sunni Muslims. Even some groups of Iraqi Christians join the march to Karbala.

Iraq will commemorate Arba’een on Monday.

This year, the Mehran border crossing with Iraq, which is used by Iranians, had to be temporarily shut by Iraqi authorities due to the overwhelming influx of pilgrims.