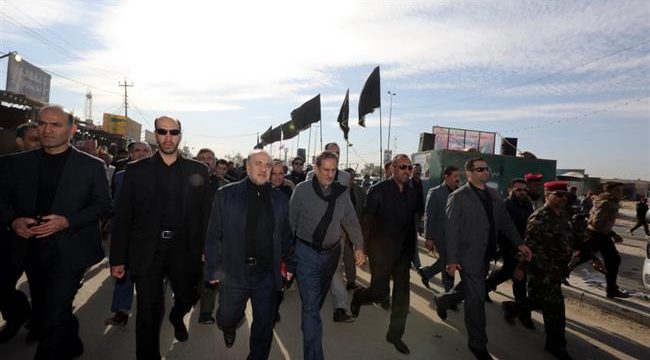 Jahangiri made the remarks upon his arrival in the holy Iraqi city of Najaf on Sunday at the head of a delegation to march toward the holy city of Karbala to perform the rituals of Arba’een, one of the most revered religious occasions on the Islamic calendar.

“The Iraqi government’s capability to aptly welcome and host pilgrims and the simultaneous command of the big battle for [the key northern city of] Mosul shows the high strength of the country,” the Iranian vice president said.

He once again reaffirmed Iran’s full support for the Iraqi government and nation in their fight against terrorism.

Since October 17, the Iraqi army, volunteer Shia and Sunni fighters as well as Kurdish Peshmerga forces have been engaged in an offensive to liberate Mosul, the last stronghold of Daesh terrorists in the country.

The city, which is divided by Tigris River, fell to Daesh in 2014, the year the terror outfit began its campaign of death and destruction in northern and western Iraq.

In a telephone conversation with Iraqi Prime Minister Haider al-Abadi on Saturday, Jahangiri commended great achievements by the Iraqi forces and nation, made with the support of the Arab country’s government, and expressed hope that the strategic city of Mosul would be fully recaptured from Daesh Takfiri terrorists.

He also thanked the Iraqi government and nation for hosting millions of pilgrims, including Iranians, who are marching toward Karbala to participate in the Arba’een rituals.

Arba’een marks 40 days since Ashura when Imam Hussein, the grandson of Prophet Muhammad, was martyred in the desert plains of Karbala along with his 72 companions 14 centuries ago.