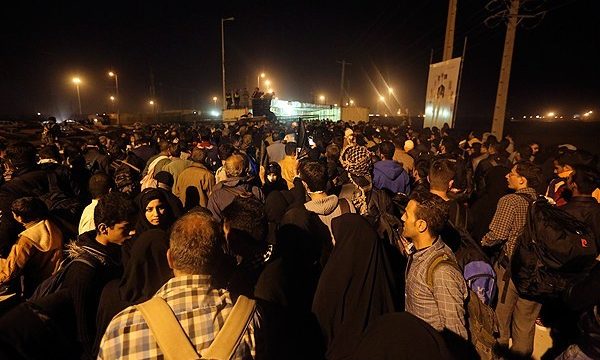 IRNA – Head of Majlis (parliament) Research Center Kazem Jalali said on Saturday that remarkable number of Iranian and Iraqi pilgrims visit the either country, so measures should be taken swiftly to cancel visa issuance.

Jalali made the remarks in a meeting with the First Deputy Speaker of Iraqi House of Representatives Sheikh Humam Hamoudi on Saturday.

Jalali said Iran’s policy in Iraq is supporting Iraq territorial integrity and unity among all the ethnic groups, including Sunnis, Shias and Kurds.

He congratulated his guest on victories of Iraqi armed and popular forces in fight against terrorist groups and said the victories indicate final victory is achievable in the near future.

The MP said security in Iraq and Syria affects security in the Middle East and the world and added that Iran is standing with Iraqi and Syrian governments and nations to restore security and to eliminate terrorists.

To the request of Hamoudi from Majlis Research Center to transfer experience to such newly establisheded center in Iraq, he said the center is ready to offer all its experience to Iraqi parliament research center.

Sheikh Hamoudi appreciated Iran for assisting Iraqi nation and government and said hopefully Iraqi fighters will in a near future cleanse all terrorists from Iraqi soil.

He said, ‘We felt lack of research center in Iraqi parliament and we are hopeful to establish the center through help of the Iranian body.’

Sheikh Hamoudi also appreciated and thanked the supreme leader, government, Majlis and Iranian people for their support for Iraqi government and nation.