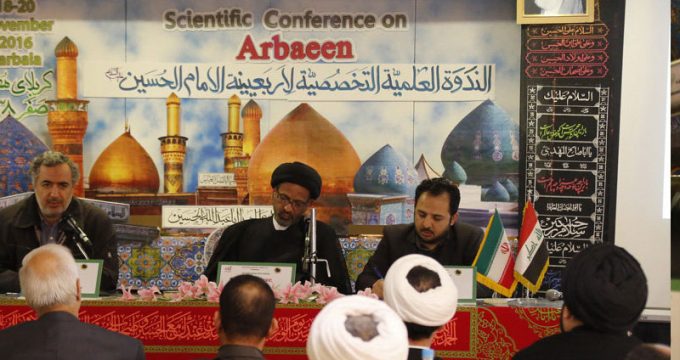 November 19, The Iran Project – A Researcher and professor at universities in South Africa says strengthening the movement of Arbaeen can prevent the growth of Takfiris in different societies.

Arbaeen can unite Shias in South Africa, create a good relationship between them and prevent the growth of Takfiri dogma in the South African society, said Mohammad Jawad Abdul Rahman attending Arbaeen scientific conference in Karbala.

Abdul Rahman went on to say that Wikileaks published a document from the Muslim Judicial Council (MJC) in 2015 of which Takfiris used to weaken Shia’s position.

Saying the document was developed by the leader of the Muslim Judicial Council, he stressed that they are seeking to present Shia as an infidel, so massive participation in Arbaeen ceremony can change the world’s Muslims to us.

Takfiris used the document to make other people believe that Shi’ism is against the Islamic thought, he said, adding they are trying to eliminate the Shias in South Africa.

He finally stressed that Shias should use Arbaeen for creating a quality doctrine and prove the world that Shias are not narrow-minded and misguided.

The Arbaeen (40th day) is celebrated by Shia Muslims every year as Imam Hussain (PBUH) and his family members were martyred.

Each year, a few days before Arbaeen, Shias from all over the world travel to Iraq to walk to Karbala. Of note, followers of all branches of Islam venerate Imam Hussein (PBUH), and even some groups of Christians regularly join the march to Karbala.