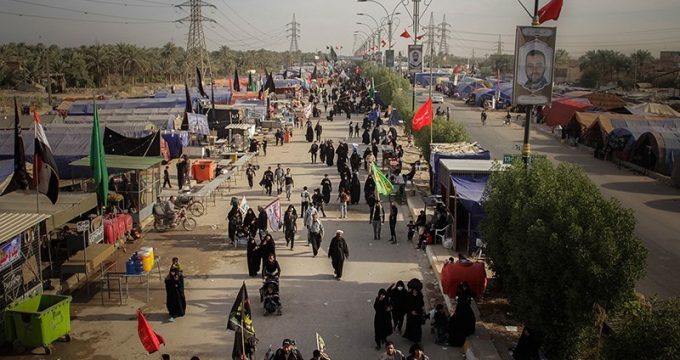 Iranian pilgrims with no Iraqi visas sent back home

IRNA – Spokesman for Arbaeen ceremony headquarters Hamid Reza Godarzi said on Friday that a number of the Iranian pilgrims who had no Iraqi visas were sent back home by the Iraqi police on Thursday night.

Godarzi told IRNA that a number of the Iranian pilgrims who were heading to Iraq for Arbaeen mourning ceremony (November 20) were sent back by the Iraqi police as they lacked necessary documents to enter the country despite all media and personal warnings for avoiding illegal entry to the Iraqi soil.

Those having legal documents should go to border points in Shalamche and Chazabe in southern Iran while those who have no legal papers are requested to postpone their visit for next year, the official said.

Arbaeen, falling on November 20 this year, is a Shia Muslim religious observance that occurs forty days after the Day of Ashura to commemorate the martyrdom of Imam Hussein (AS), the grandson of Prophet Mohammad (PBUH) and the third Imam of Shia Muslims.

Each year, millions of pilgrims, mainly from Iraq and Iran, travel long routes on foot to Karbala, where the holy shrine of Imam Hussein (AS) is located to mark the occasion.
On November 17, western border to Iraq, the Mehran International Border, was closed since there was no more place in the Iraqi side to accept further pilgrims from Iran.