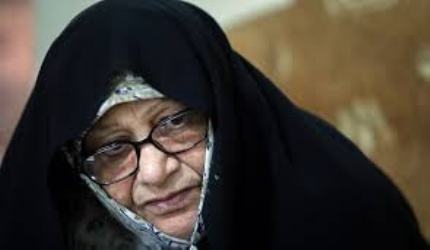 IRNA –Veteran Revolutionary force and also an anti-Shah prisoner Marziyeh Hadidchi (Dabbagh) passed away at the age of 77 due to heart disease in a Tehran hospital on Thursday.

She was also one of the co-founders of the Islamic Revolution Guards Corps (IRGC) at the early days of the Revolution in 1979.

Born in 1939, Dabbadgh was one of the revolutionary forces who fought armed struggle with the regime of Iran’s defunct Shah (Mohammad-Reza Pahlavi) and was jailed for her political activities.

In the post-Revolution era, she served as one of the members of Iran’s Majlis (Parliament) for three terms (the First, the Second, and the Fifth Majles).

Dabbagh who had received a Badge of Merit for her revolutionary efforts, was also one of three Iranian officials who handed over a message by the late Ayatollah Khomeini to Soviet President Mikhail Gorbachev in 1988.