A Look at Iranian Newspaper Front Pages on November 17

Iran Front Page- Newspapers today covered the remarks made by the Leader of the Islamic Revolution Ayatollah Seyyed Ali Khamenei in a meeting with a group of people from Isfahan. They mainly pointed to Ayatollah Khamenei’s comments about the US elections and the election of Donald Trump as the new president.

Another top story today was the Arbaeen processions, where millions of Shiite pilgrims are heading to the Iraqi holy city of Karbala to mark the fortieth day after the martyrdom of Imam Hussein.

The US House of Representatives’ move to extend the anti-Iran sanctions for 10 years and the consensus between Democrats and Republicans in this regard also received great coverage. 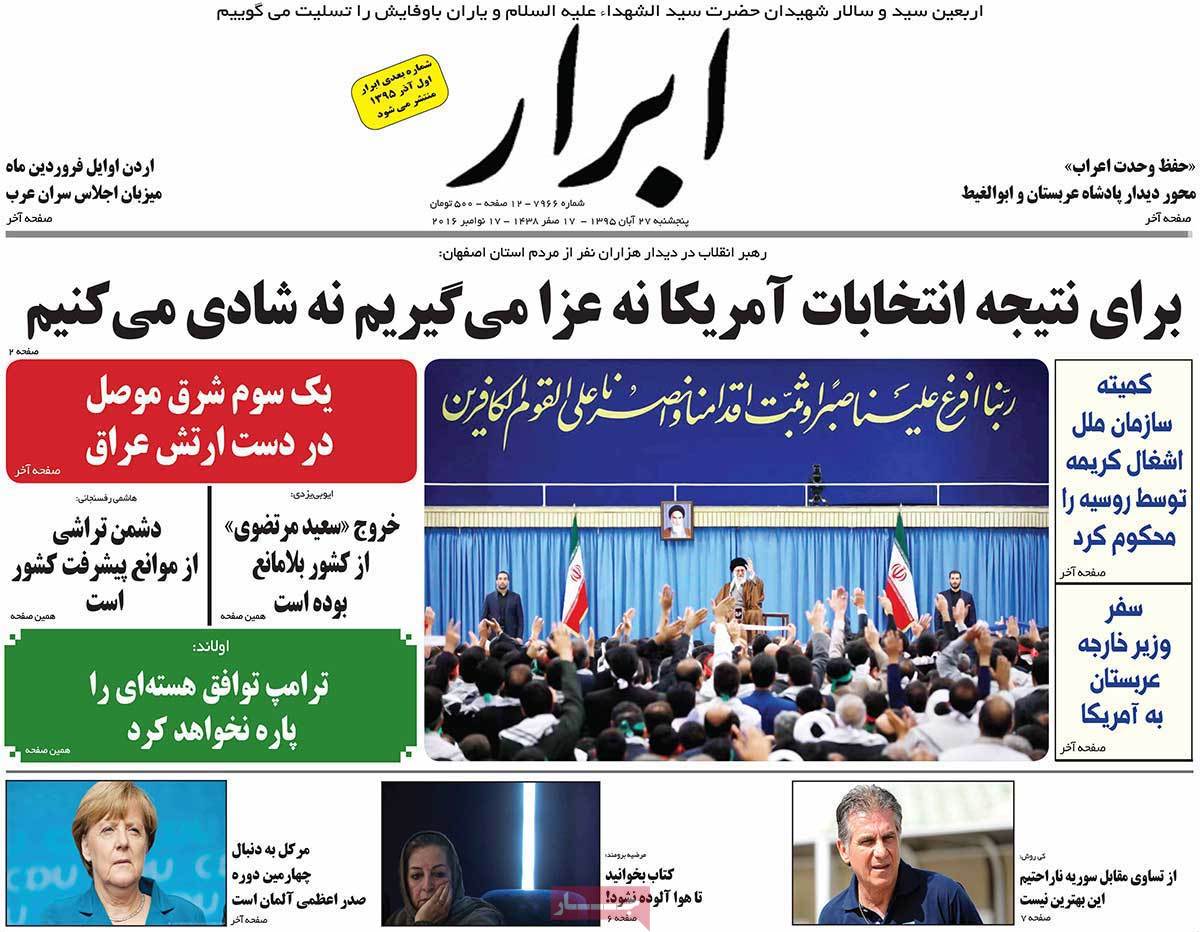 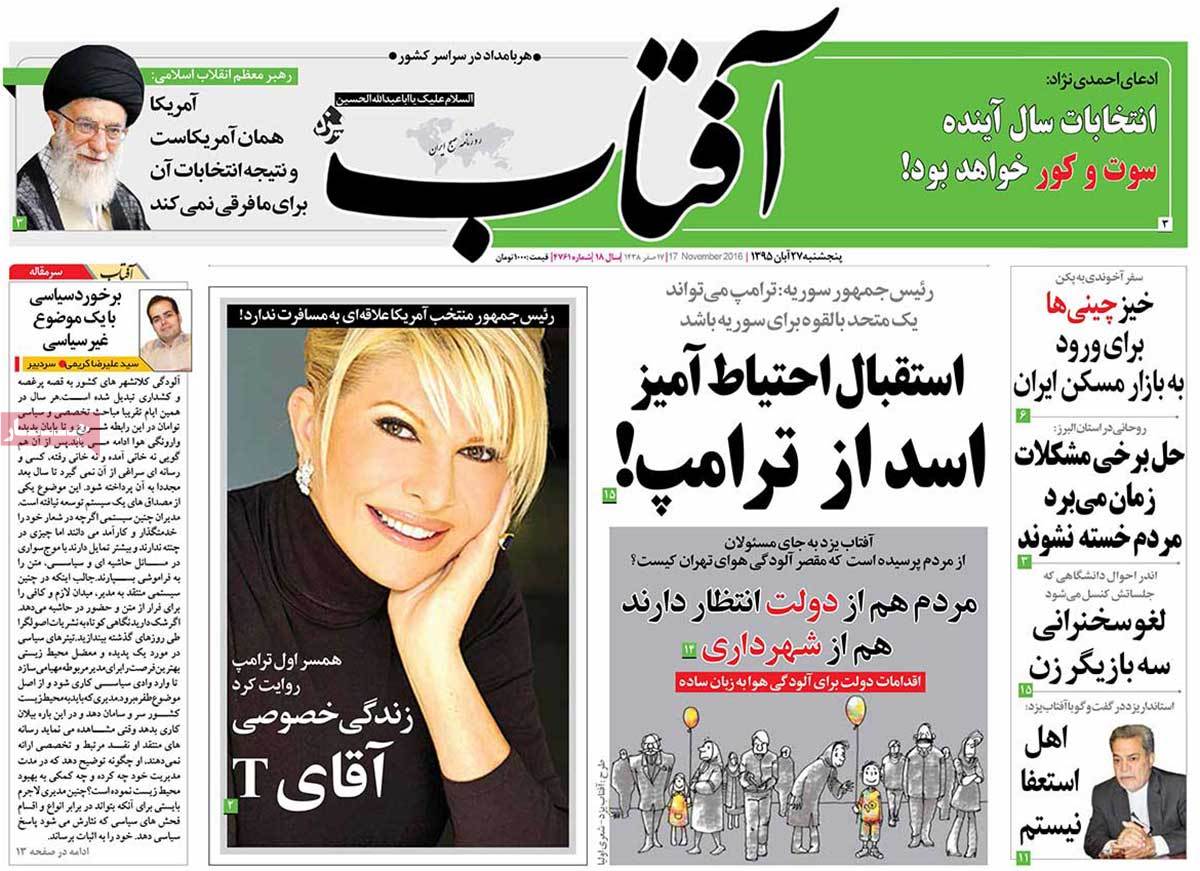 1- Millions of People in Arbaeen Pilgrimage: Symbol of Shiites’ Power 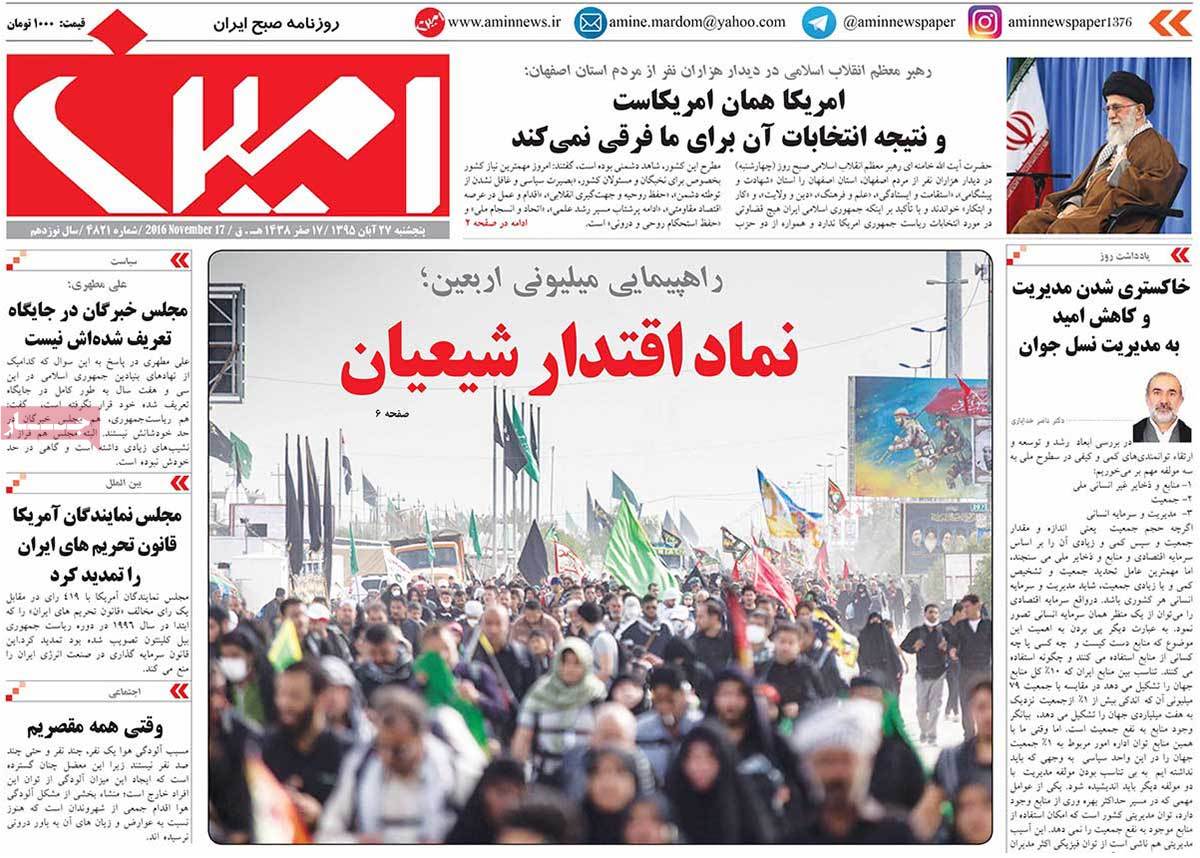 1- We neither Bemoan nor Celebrate US Election Results: Leader

2- Rouhani: No One Can Scrap Iran Deal

3- Multinational Bank in Iran to Be Established by Iran, Venezuela, China, and Turkey 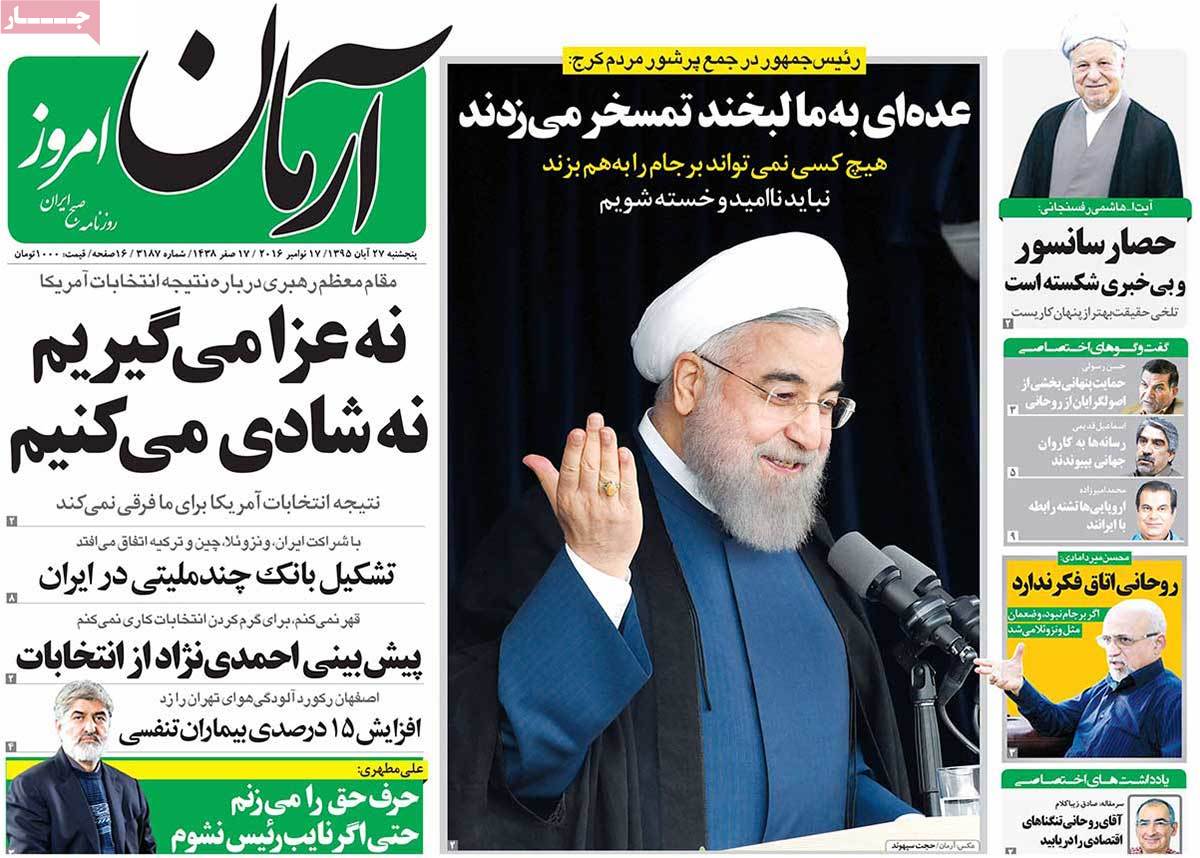 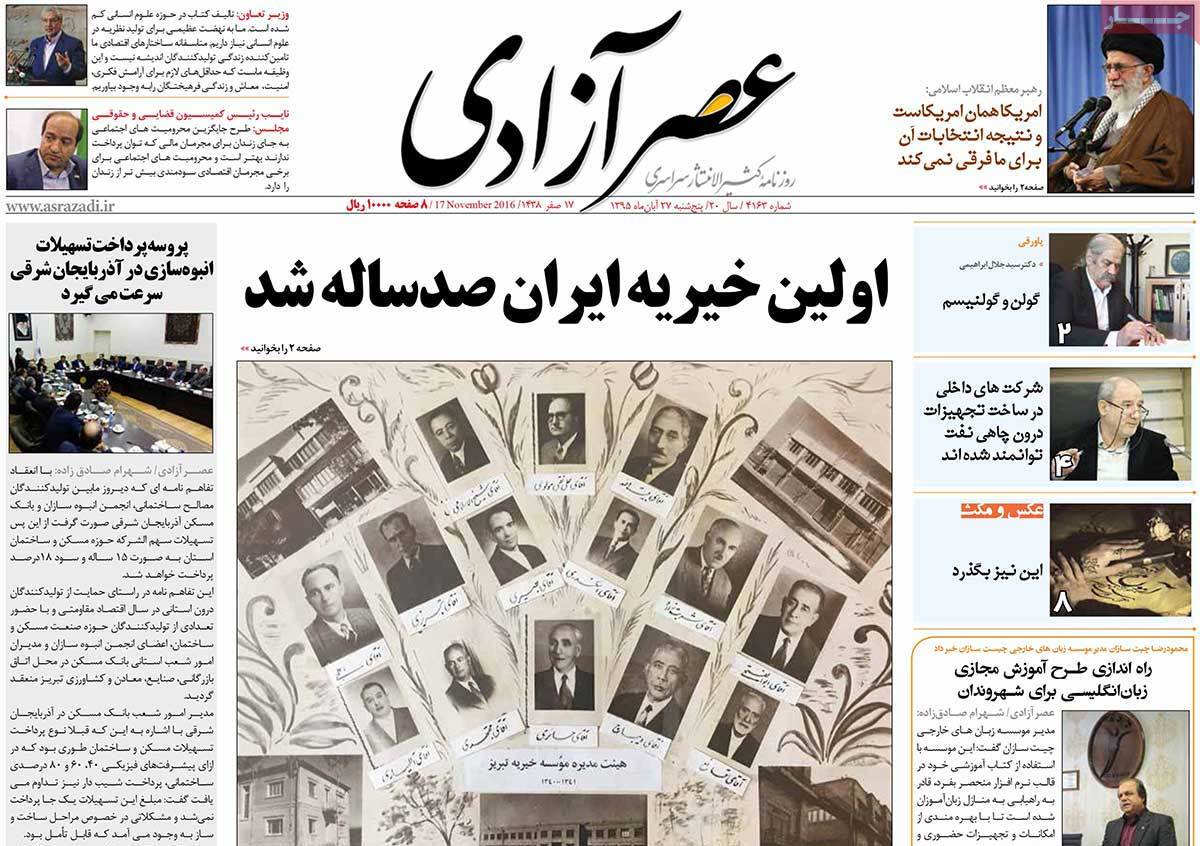 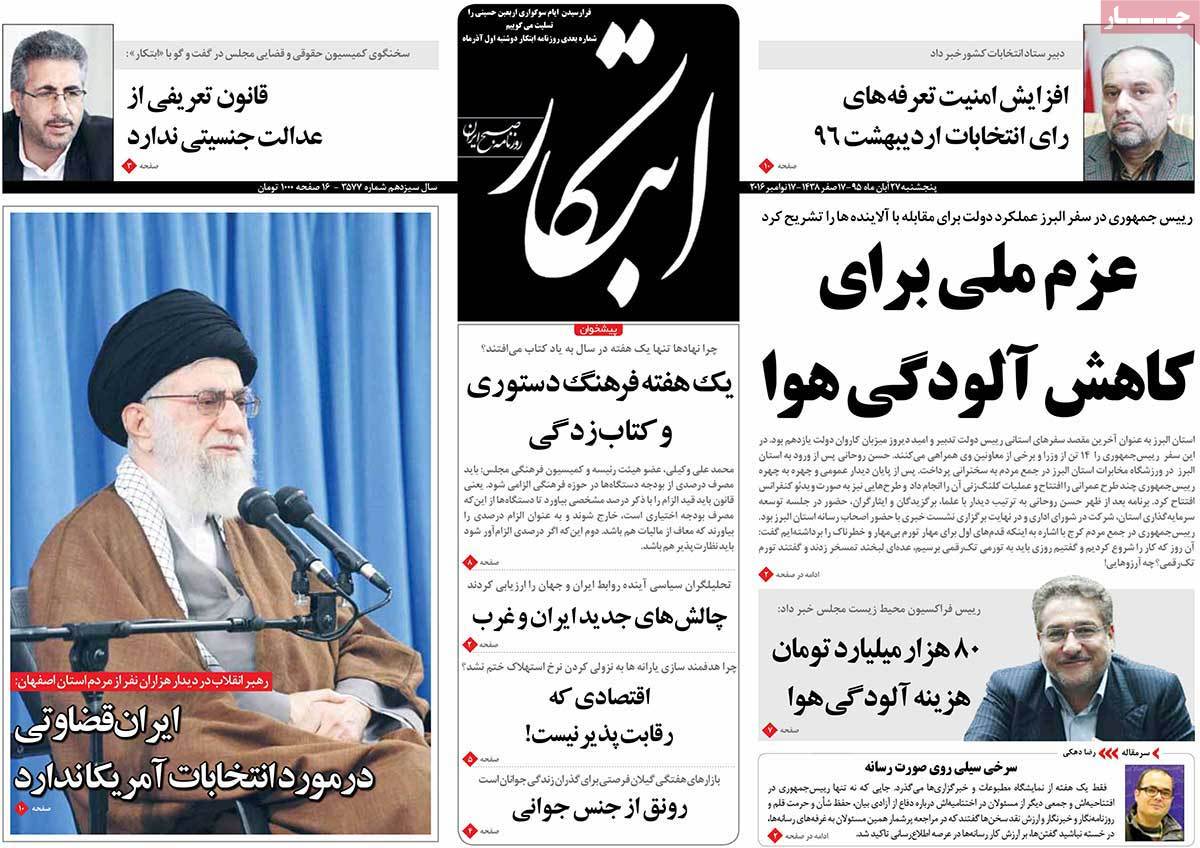 1- Increase in Number of Respiratory Patients in Tehran 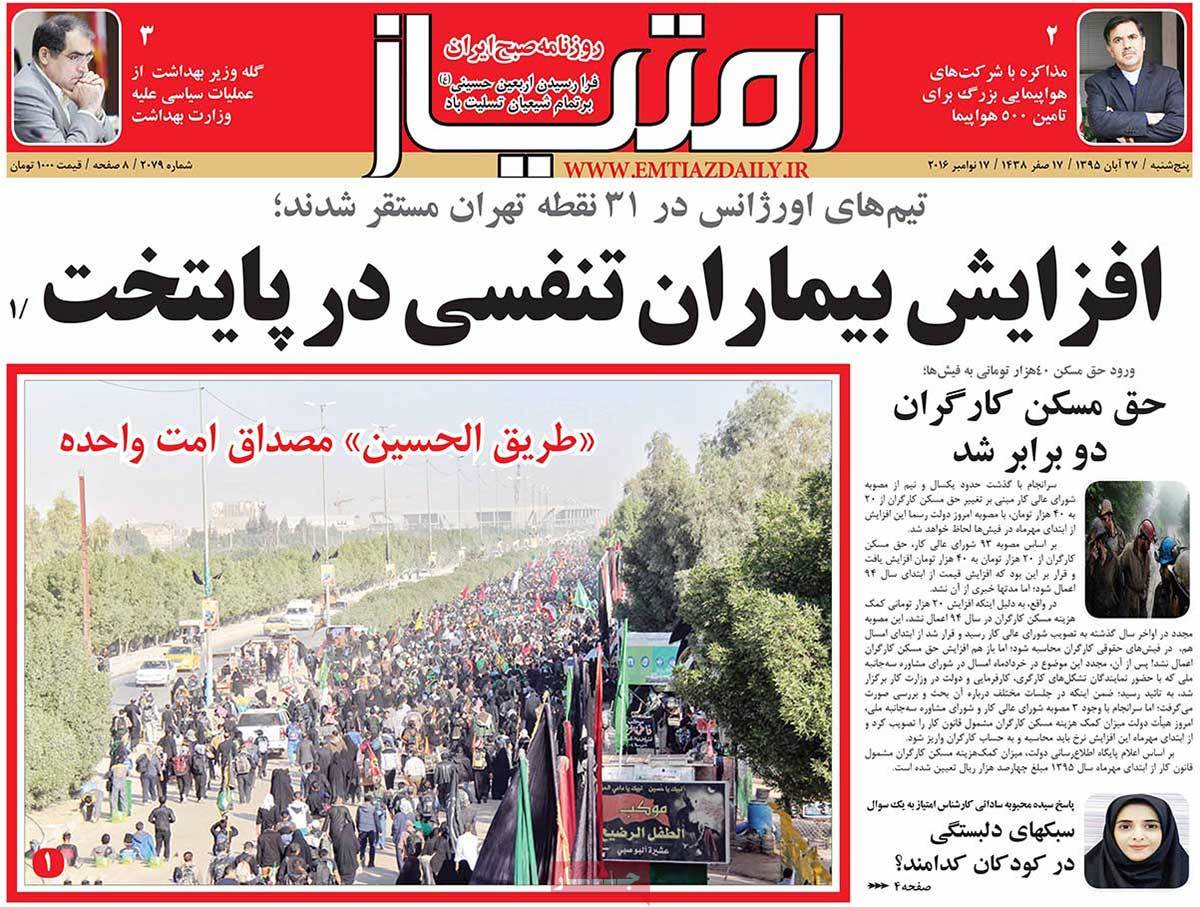 1- Leader: Maintaining Internal Solidarity Is Only Way to Resolve Problems 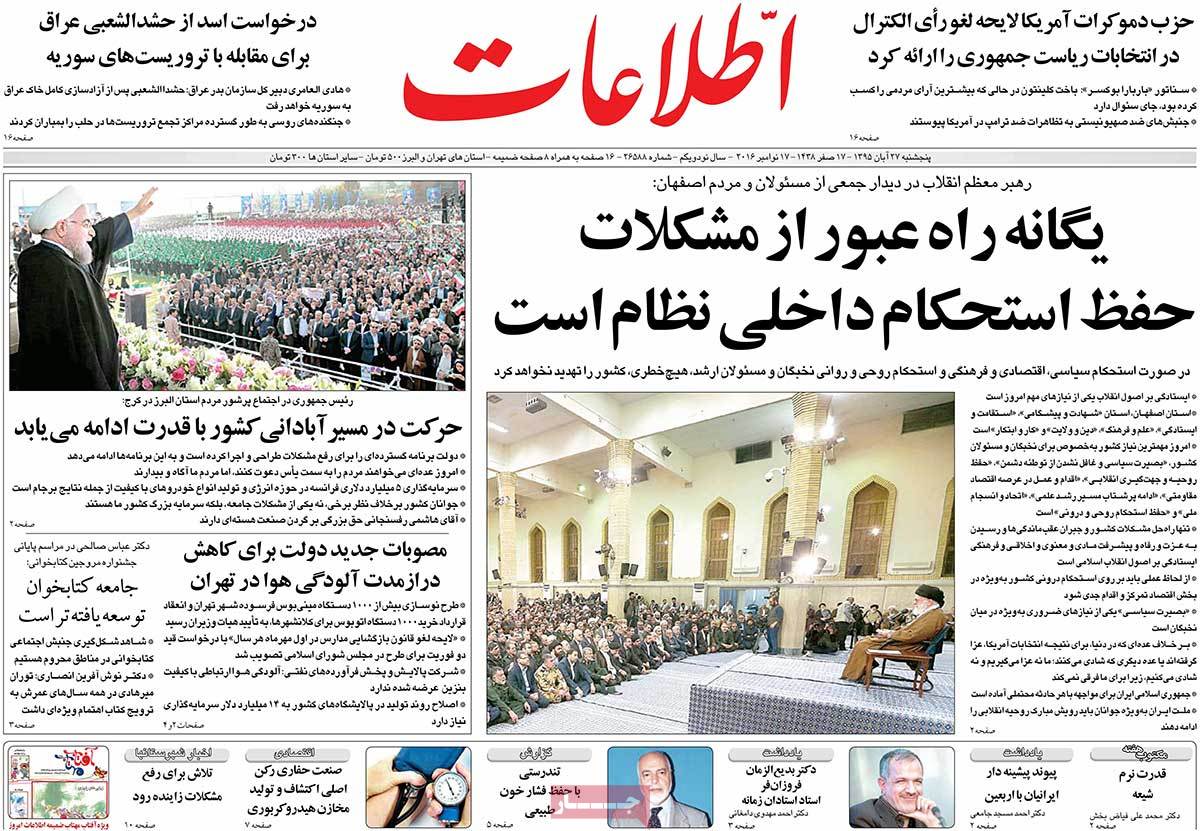 2- US House of Representatives Extends Anti-Iran Sanctions in Post-JCPOA Era! 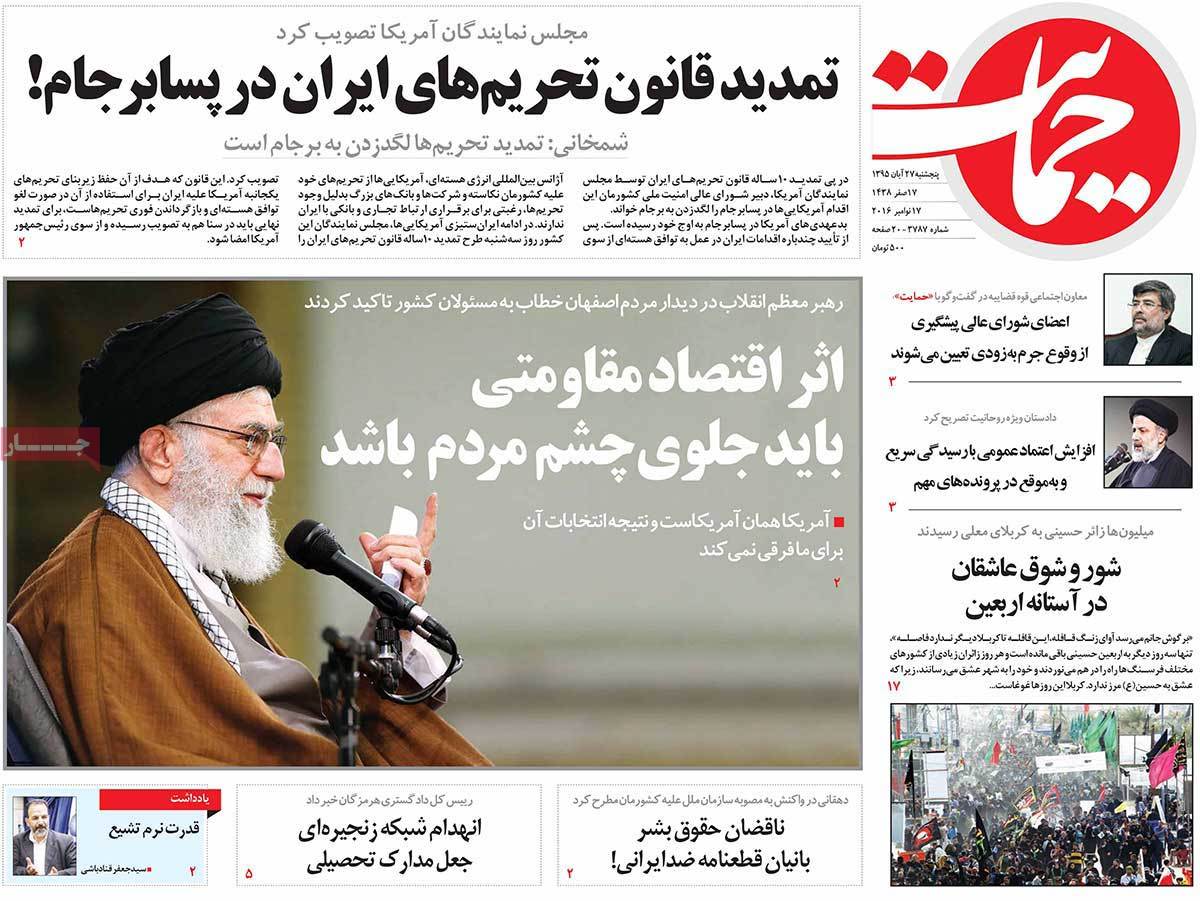 4- We Should Take Earthquake in Iran Seriously: 550 Quakes Registered in Past 7 Months 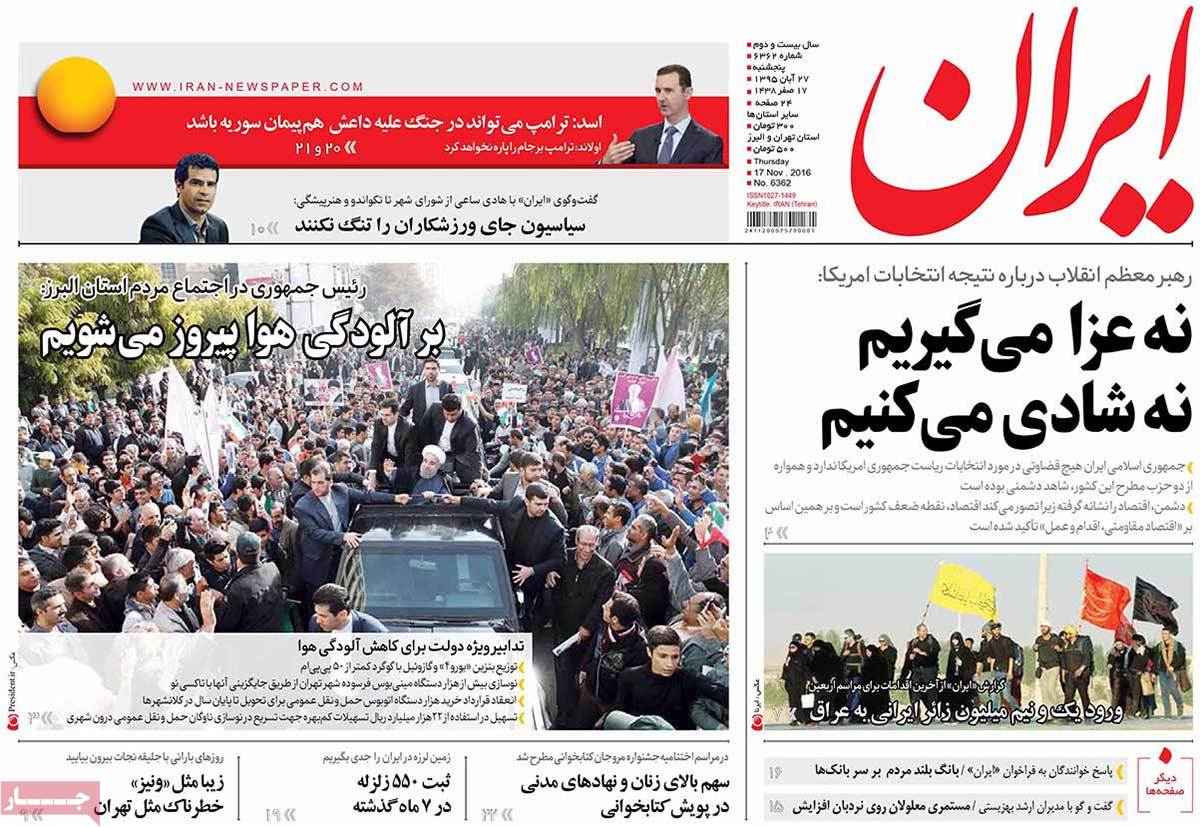 1- Leader: US Is the Same Country, We Have No Judgement about US Elections 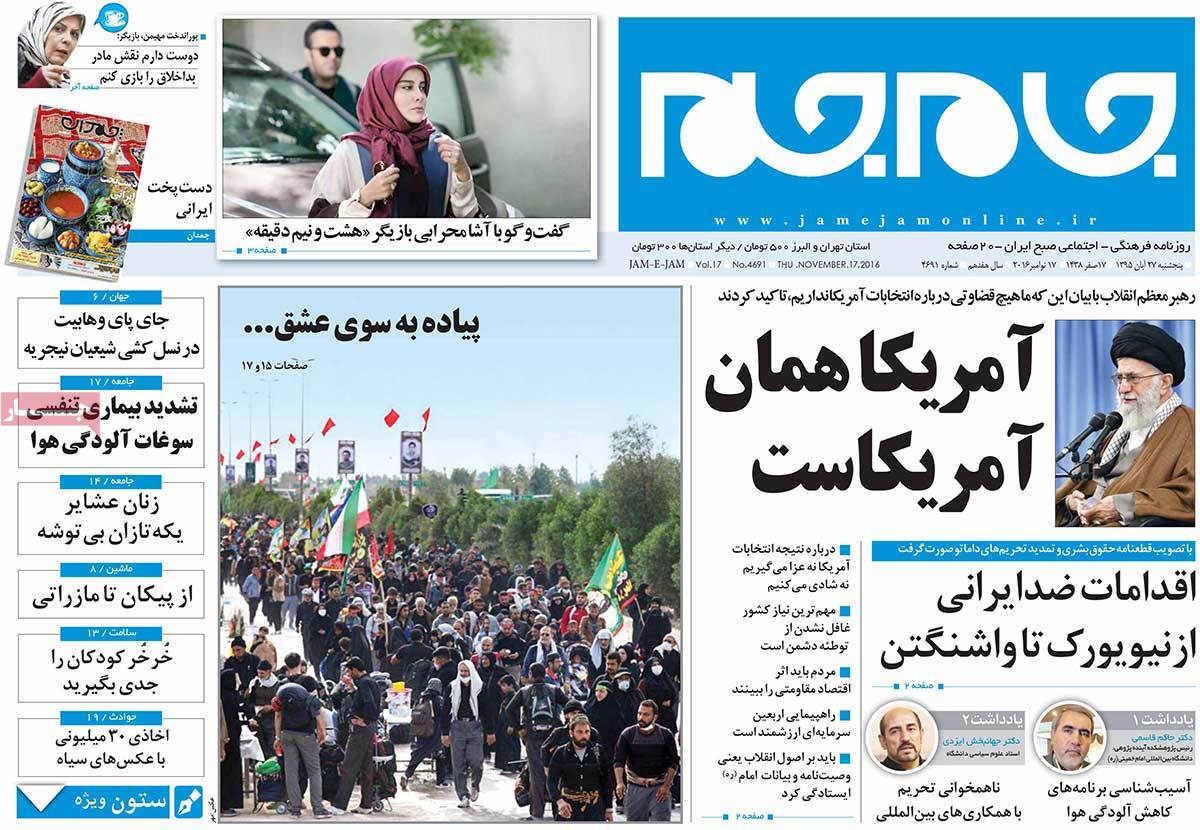 1- Leader: We Are Ready to Deal with Any Development

3- USA’s Suspicious Violation of JCPOA: US Hostility towards Iran Extended for 10 Years

4- Iran Will Show Reaction to US Violation of JCPOA: Shamkhani

5- Friend of MKO Terrorists May Become US State Secretary 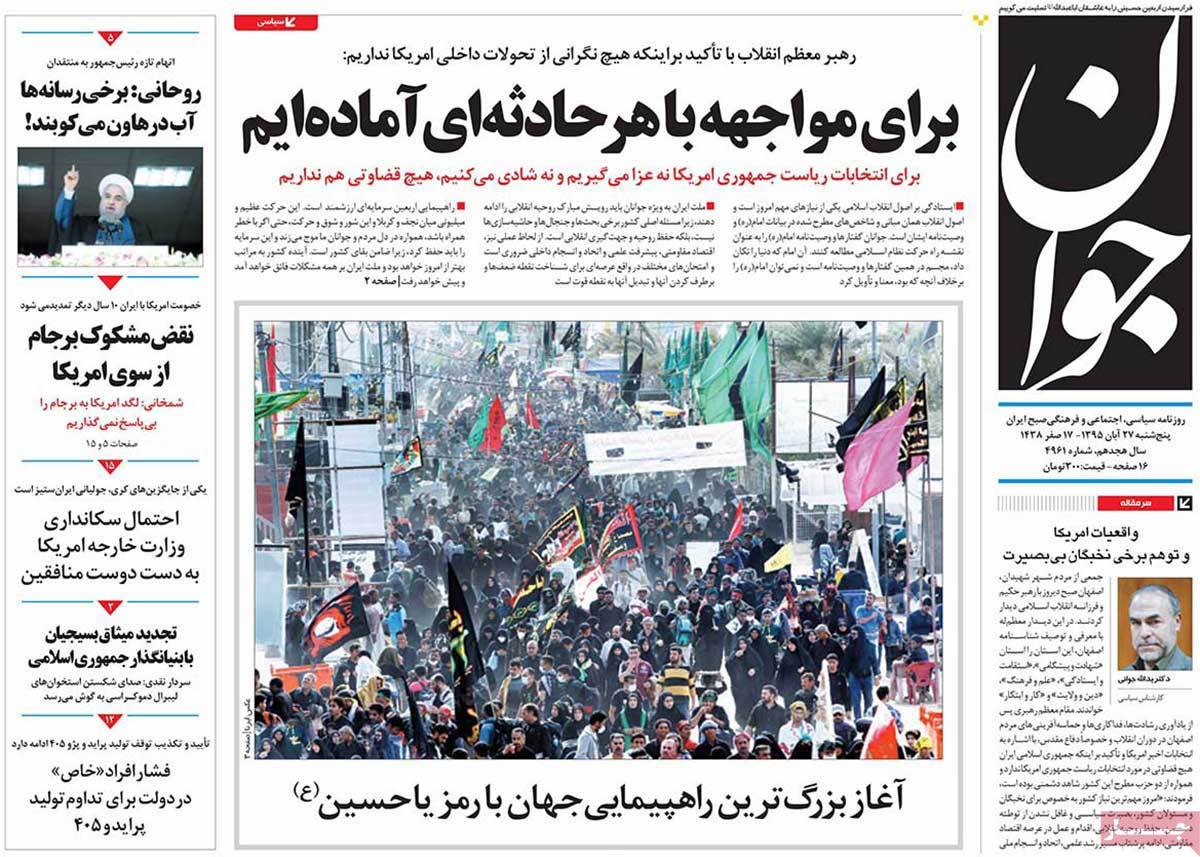 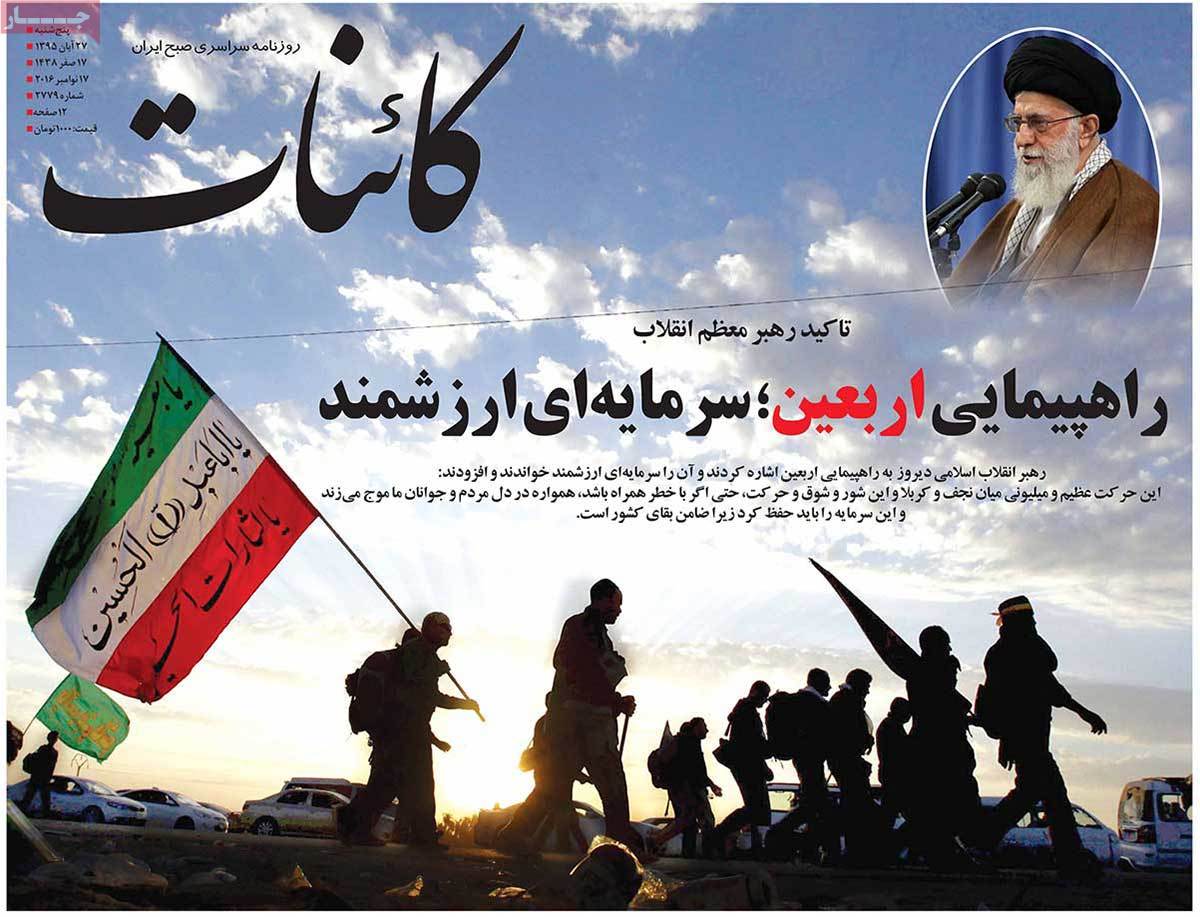 1- Leader Highlights Hostility of Both American Parties towards Iran

3- Rouhani: We’re Not a Government of Slogans 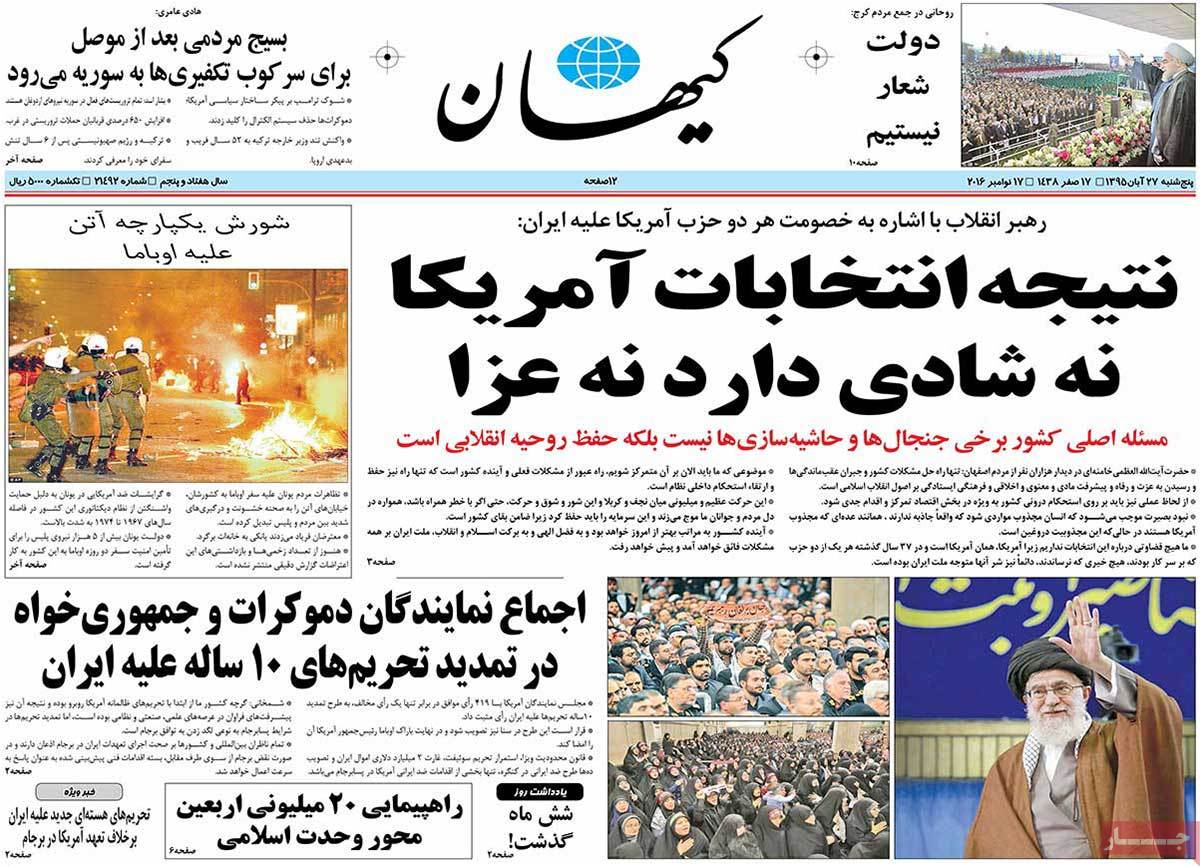 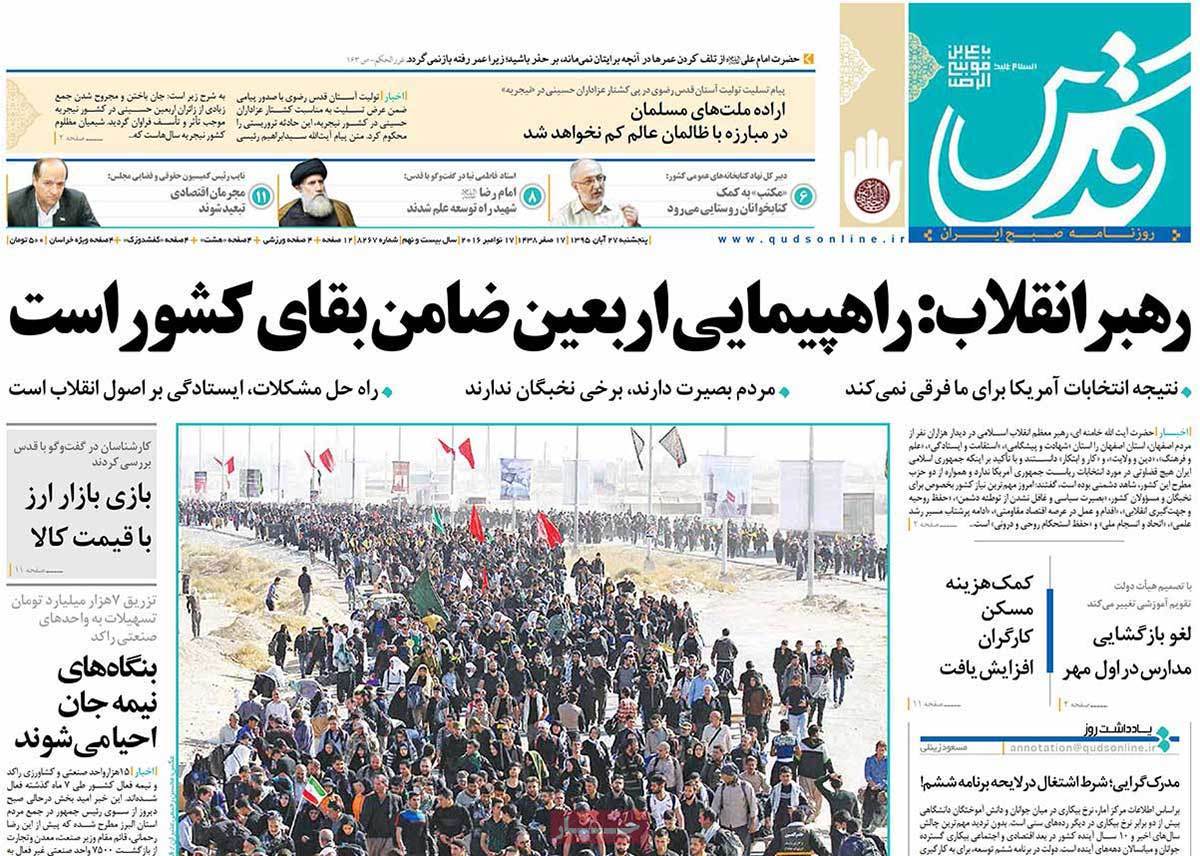 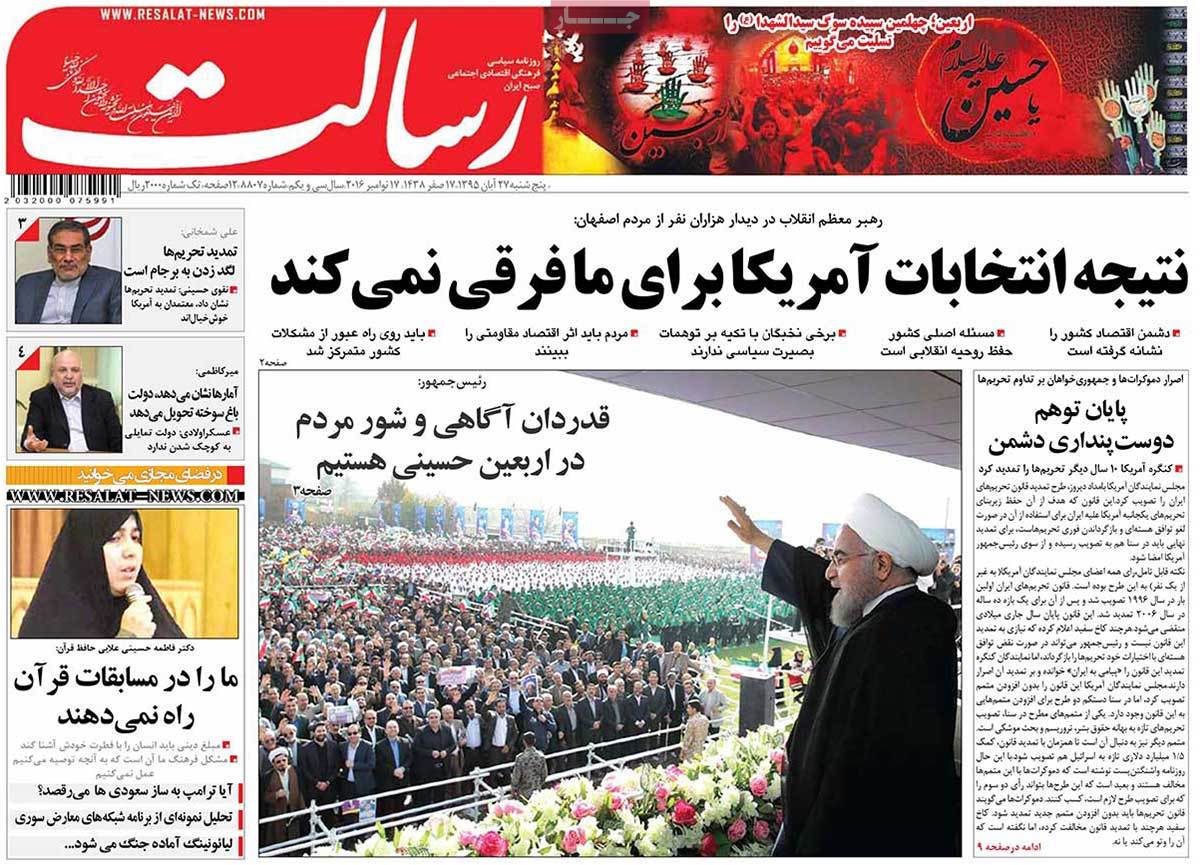 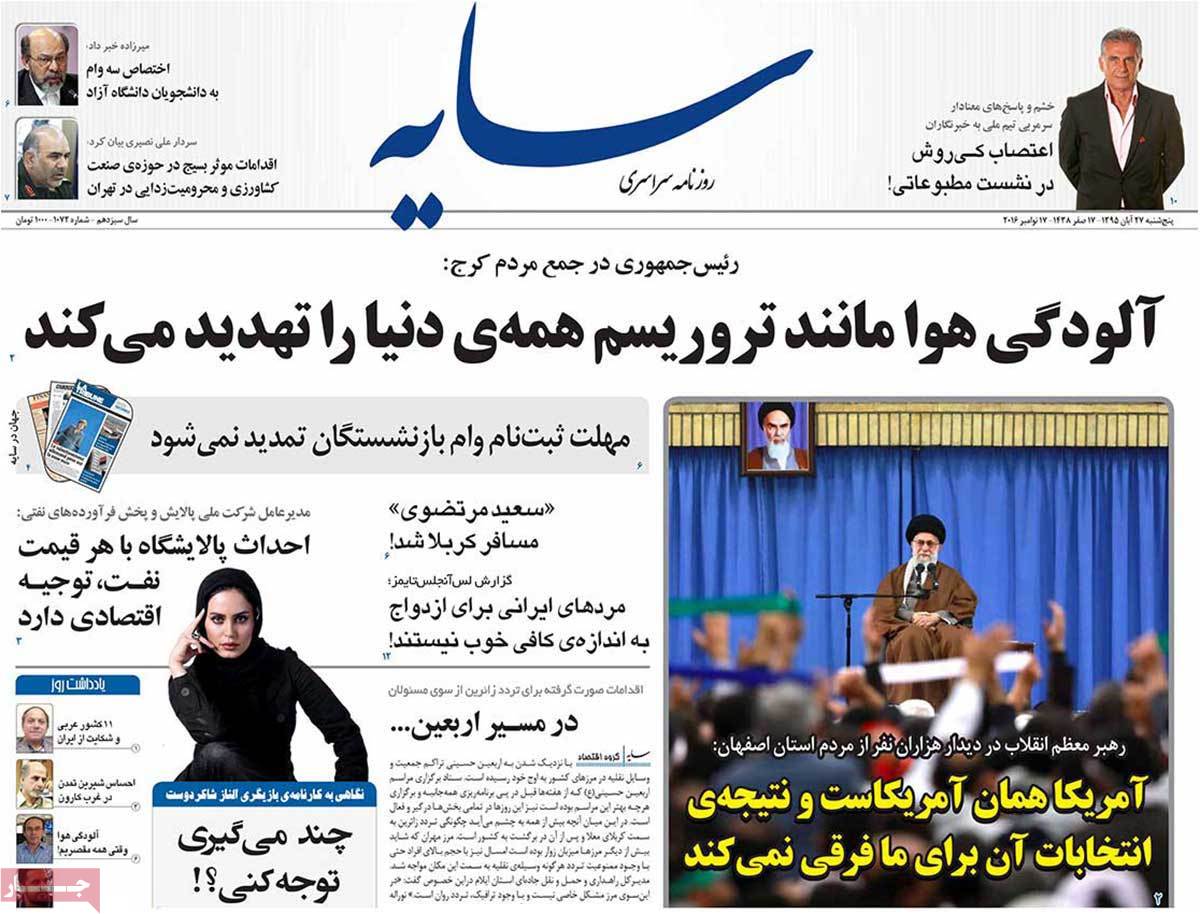 1- Leader: Both US Parties Are ‘Evil’ 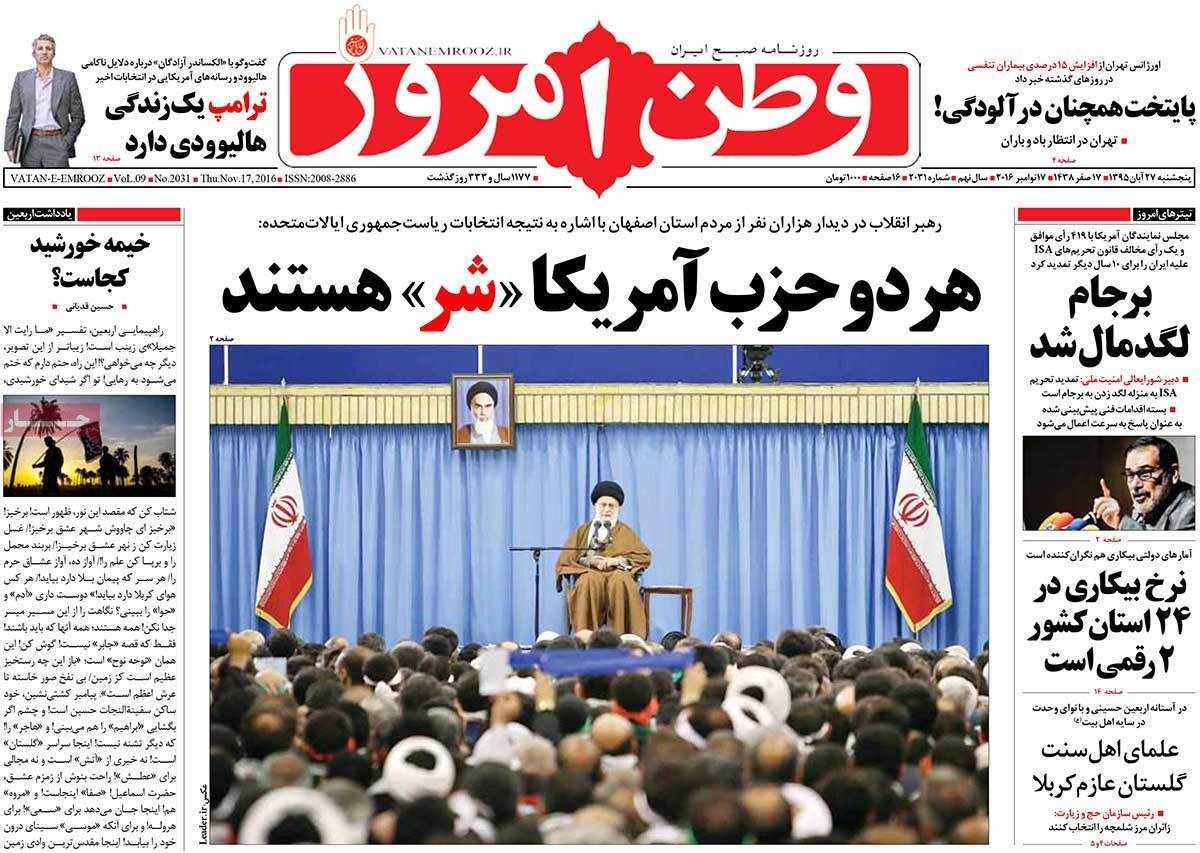