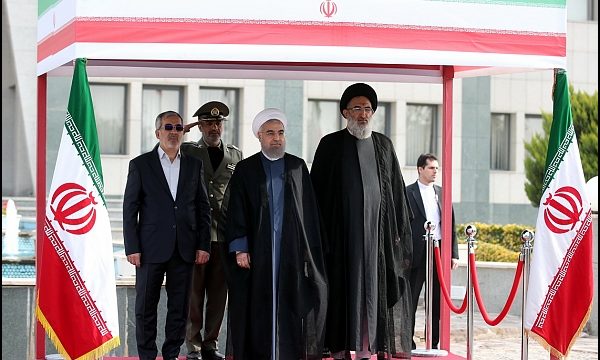 Some 14 ministers accompany Rouhani during the trip.

Rouhani is scheduled to give a speech, hold meetings with religious leaders, war veterans and the elites, and participate in development and investment meetings of the province and in the provincial administrative council as well.

Minister of Communications and Information Technology Mahmoud Vaezi is to take part in the opening ceremony of information technology projects.

For the final section of Rouhani’s tour, he is scheduled to have a meeting with journalists of the province.