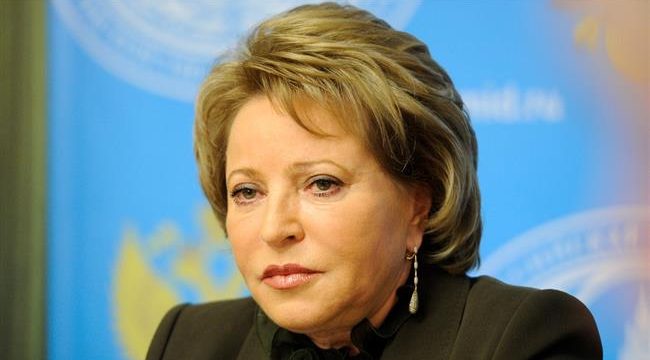 IRNA- Russian Federation Council chief Valentina Ivanovna Matviyenko said the Joint Comprehensive Plan of Action (JCPOA) has created a positive atmosphere for expanding cooperation in industrial, cultural and scientific areas which is beneficial for both countries.

In a joint press conference with the Iranian Parliament Speaker Ali Larijani Sunday night, she said the good relations existing between the two parliaments were of prime importance.

She also noted that the complicated conditions prevailing international relations adds to sensitivity of ties between the two countries.

She further said that the trade and economic relations between Iran and Russia were growing in good pace.

The Russian official further said that the parliaments of both countries were duty bound to materialize the content of the agreements already signed by Russian and Iranian leaders on promoting cultural, economic, social and political relations.

Matviyenko went on to stress the determination of both countries to fight international terrorism.

She believed Tehran and Moscow shared similar or very close views on many issues.

She is also going to meet with the Iranian Foreign Minister Mohammad Javad Zarif and President Hassan Rouhani.