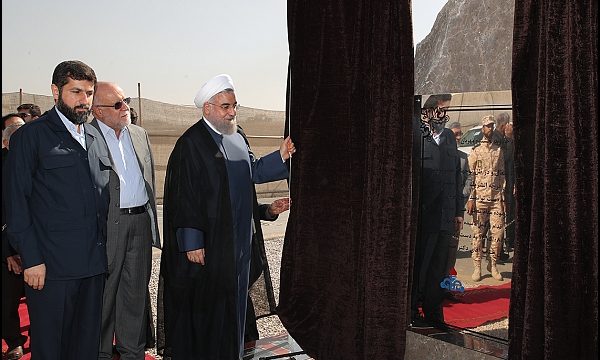 Output at the fields west of the Karoun River, near Iran’s border with Iraq, rose to about 250,000 barrels per day from 65,000 barrels in 2013, the Oil Ministry’s news service Shana reported Sunday, citing President Hassan Rouhani at a ceremony to formally open the project. Iran had expected to reach that output target by the end of the year, Mohsen Ghamsari, director for international affairs at the National Iranian Oil Co., saidin September.

Saudi Arabia’s Energy Minister Khalid Al-Falih said OPEC must agree to implement a proposed cut in crude production for OPEC countries, Saudi Press Agency reported Sunday. OPEC members will meet on Nov. 30 to discuss a plan to limit the group’s output to a range of 32.5 million to 33 million barrels a day, compared with 33.64 million in October. That target has become harder to reach as several members boosted output.

OPEC reported last week that Iran raised its monthly output by the most since international sanctions were lifted in January. The Islamic Republic negotiated an exemption from the necessary production cuts at a meeting in Algiers in September, to compensate for the production capacity it lost when international sanctions targeted its oil industry. Iran has almost recovered that capacity, and plans to further increase output with the help of foreign investment.

“Oil production west of Karoun must reach one million barrels per day,” Rouhani said, referring to the North Azadegan, Yadavaran and Yaran fields. “This is a realistic goal, and we need investment and technology.”

Iran has approved a new oil contract model to lure foreign investors, although the details have not been made public. France’s Total SA reached an initial agreement to develop a natural gas field in Iran last week, becoming the first international oil company to sign a deal under the new energy contracts.