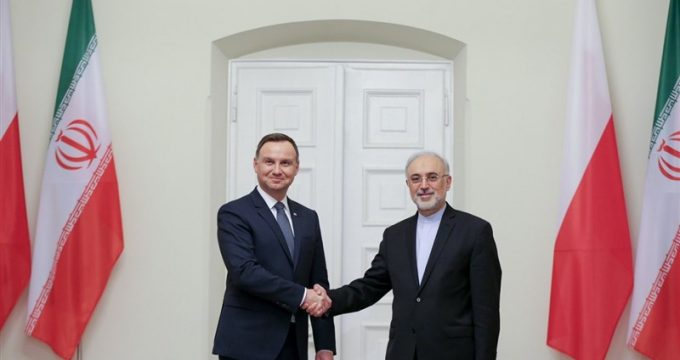 In the meeting in Warsaw, Salehi expressed the hope for developing “serious cooperation” between Iran and Poland on peaceful employment of nuclear energy. For his part, Duda voiced Poland’s determination to enhance collaboration with Iran in political, economic, scientific and cultural fields.

During his trip to Poland, Salehi paid a visit to the European nation’s National Center for Nuclear Research, weighing plans for nuclear cooperation between Tehran and Warsaw.

Rising interests in nuclear cooperation with Iran follows the implementation of the Joint Comprehensive Plan of Action (JCPOA), a nuclear deal between Tehran and the Group 5+1 (Russia, China, the US, Britain, France and Germany) that began to take effect in January.